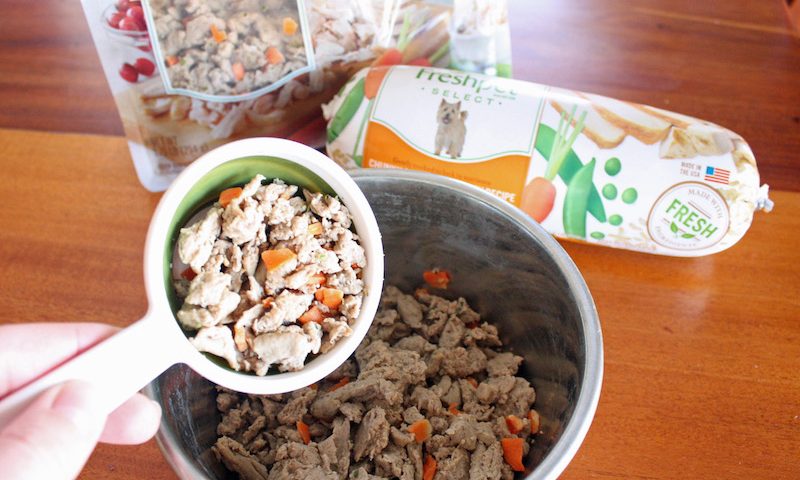 Freshpet (NASDAQ:FRPT) last issued its quarterly earnings data on Monday, May 6th. The company reported ($0.10) EPS for the quarter, missing analysts’ consensus estimates of ($0.09) by ($0.01). The company had revenue of $54.80 million for the quarter, compared to the consensus estimate of $54.28 million. Freshpet had a negative return on equity of 4.46% and a negative net margin of 2.57%. The business’s revenue for the quarter was up 26.9% on a year-over-year basis. During the same period in the prior year, the firm posted ($0.10) earnings per share.

Several other equities analysts have also issued reports on the company. Zacks Investment Research raised Freshpet from a “strong sell” rating to a “hold” rating and set a $51.00 target price for the company in a report on Monday, May 6th. BidaskClub raised Freshpet from a “buy” rating to a “strong-buy” rating in a report on Tuesday, April 30th. TheStreet lowered Freshpet from a “b” rating to a “c” rating in a report on Monday, April 1st. Credit Suisse Group set a $36.00 target price on Freshpet and gave the company a “neutral” rating in a report on Tuesday, March 5th. Finally, Imperial Capital reaffirmed an “in-line” rating and issued a $40.00 target price (up from $35.00) on shares of Freshpet in a report on Monday, March 4th. Three research analysts have rated the stock with a hold rating, three have given a buy rating and one has assigned a strong buy rating to the company. The stock presently has an average rating of “Buy” and a consensus price target of $40.00.
FRPT traded down $0.02 during midday trading on Thursday, reaching $46.47. 228,241 shares of the company were exchanged, compared to its average volume of 240,713. The firm has a market capitalization of $1.67 billion, a P/E ratio of -309.80 and a beta of 1.34. The company has a debt-to-equity ratio of 0.07, a quick ratio of 0.72 and a current ratio of 1.08. Freshpet has a one year low of $22.22 and a one year high of $48.47.

Freshpet, Inc manufactures and markets natural fresh products, refrigerated meals, and treats for dogs and cats in the United States, Canada, and the United Kingdom. The company sells its products under the Freshpet brand; and Dognation and Dog Joy labels through various classes of retail, including grocery, mass, club, pet specialty, and natural, as well as online.