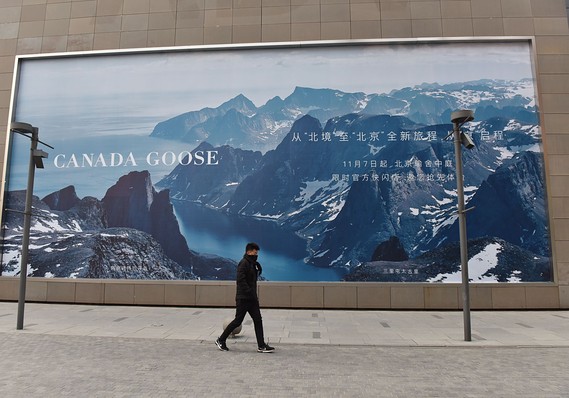 Canada Goose Holdings Inc. was downgraded to neutral from buy at Bank of America one day after the stock plummeted nearly 31% in Wednesday trading, the biggest percentage decline since it went public in March 2017.

Bank of America analysts expressed concern that the company’s direct-to-consumer momentum for its cold-weather outerwear and accessories is slowing, suggesting that there is a risk of saturation. Analysts cut their price objective to C$54, down from C$93.

However, analysts are bullish about the company’s prospects in China.

“We believe the main risk to our neutral rating is that Canada Goose’s China expansion continues to exceed expectations,” wrote analysts led by Robert Ohmes. “China is the world’s largest luxury market and Canada Goose is in early-stage growth with two stores (Beijing and Hong Kong) and e-commerce operations on TMall opened in [fiscal third quarter 2019] with three additional store openings planned for [fiscal 2020].”

“Our checks indicate demand for Canada Goose product has not waned,” wrote analysts led by Sam Poser. “Fourth-quarter revenue growth and fiscal year 2020 guidance disappointed, but was likely due to Canada Goose’s decision to ensure controlled growth of the brand.”

Susquehanna analysts say demand is still “significantly” higher than supply, which is also good for the brand. And investment in product, new stores around the world and other areas of the business will put the company on the path to revenue and earnings growth into the future, they said.

Analysts there expect Canada Goose to easily exceed the company’s initial fiscal 2020 guidance, although it may not top that forecast to the degree that fiscal 2019 guidance was exceeded.

Instinet is also upbeat, though less so than Susquehanna.

“There is no denying the excitement around the Canada Goose brand, and we expect meaningful sales growth to persist,” wrote analysts led by Simeon Siegel. “That said, robust margin expansion in 4Q was clouded by lighter sales, with Canada Goose missing Street revenue estimates for the first time since its IPO.”