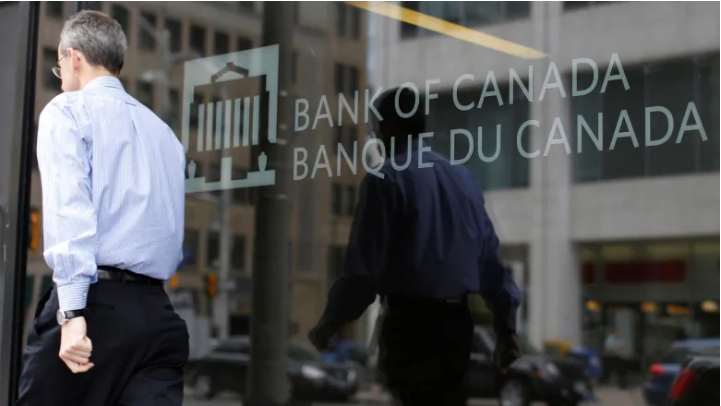 Decision in line with what economists were expecting

Canada’s central bank is keeping its benchmark interest rate right where it is, suggesting it views the recent slowdown of Canada’s economy as “temporary.”

The Bank of Canada on Wednesday maintained its target for the overnight rate at 1.75 per cent, citing accumulating evidence the economy was showing signs of slowing down in the latter half of last year and into the start of this one, before picking up in the second quarter of 2019.

The bank noted consumer spending and exports have shown signs of improving in the second quarter, and strong job numbers suggest “businesses see the weakness in the past two quarters as temporary.”

The picture is a little more mixed on the trade front, with escalating tensions between Canada and and the United States dragging down Canadian exports, but the end of U.S. tariffs on Canadian steel and aluminum being an offsetting shot in the arm.

“Overall, recent data have reinforced [the bank’s] view that the slowdown in late 2018 and early 2019 was temporary, although global trade risks have increased,” the bank said. “In this context, the degree of accommodation being provided by the current policy interest rate remains appropriate.”

“Even as we’ve received some ‘wins’ in the form of the end of steel and aluminum tariffs, other trade conflicts are maintaining a haze over the economic outlook,” he said. “Against this backdrop, a neutral stance … seems appropriate.”

Unlike previous statements, the bank made no mention about concerns over household debt levels, but IHS Markit economist Arlene Kish said that doesn’t mean it’s no longer on their mind.

“Household debt and imbalance risks were not mentioned specifically in the May policy announcement, but they have received much attention in previous bank speeches and the Financial System Review, which means they are very much on the bank’s radar as downside risks,” she noted.

Even odds for fall rate cut

All things being equal, the central bank hikes its rate when it wants to slow down an overheating economy and tame inflation. It cuts it when it wants to stimulate the economy by encouraging companies and individuals to borrow and spend.

The bank makes its decisions by reading indicators in the economy — like jobs numbers, monthly GDP data, and how much the economy is importing and exporting at any given time — and then nudging its rate in the appropriate direction.

Before Wednesday’s rate decision, traders anticipated a less than 10 per cent chance of a hike.

But by October, the market is anticipating almost a 50 per cent chance of a rate cut. Kish is on the other side of the fence, however, and says she still think the next move is a hike, likely in December.

The bank’s next scheduled interest rate decision is set for July 10.