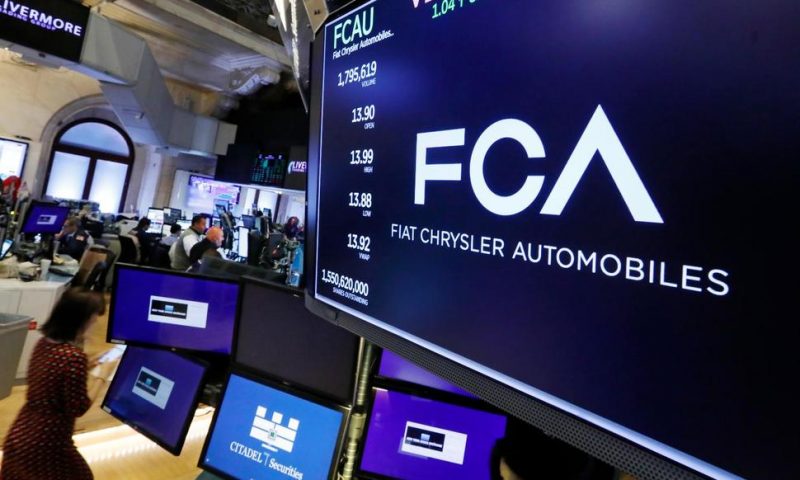 Rising bond prices, which pull yields lower, are typically a sign that traders feel jittery about long-term growth prospects and would rather put their money into safer holdings.

The yield on the benchmark 10 year Treasury fell to 2.26% Tuesday, the lowest level since September 2017. That put it below the 2.35% yield on the three-month Treasury bill.

When that kind of “inversion” in bond yields occurs, economists fear it may signal a recession within the coming year. It has happened multiple times so far this year.

Investors have been weighing a mix of encouraging and discouraging economic reports this year as they also keep an eye on unpredictable swings in the escalating trade war between the U.S. and China.

“If the bond market was saying that the economy is on OK footing then you wouldn’t see yields fall like they are,” said Willie Delwiche, investment strategist at Baird. “In many respects, equities are waking up to what’s happening in bonds.”

Trading has been choppy over the last several weeks as investors grapple with the possibility of a prolonged trade war between the U.S. and China. They escalated the dispute earlier this month by raising tariffs on each other.

The U.S. went even further and proposed a ban on technology sales to certain Chinese companies. That added even more volatility to technology stocks that are already sensitive to the ups and downs of trade negotiations.

The trade dispute has interrupted a market rally that saw the S&P 500 recoup the fourth quarter’s sharp loss and hit a new high. The index is down 4.9% so far in May, though it’s still up 11.8% for the year.

In a client note Tuesday, Morgan Stanley warned that the stock market faces a lot more volatility because of weak economic data and the trade war. It also cautioned that those factors are also increasing the risk that the U.S. economy could slide into a recession.

“This isn’t just about the U.S. and China,” said Brian Nick, chief investment strategist at Nuveen. “It’s about everybody sensing there is something to brace for.”

The drop in yields accelerated last week, but it has been happening gradually since late last year, when the 10 year Treasury yield peaked at 3.2%.

Some stocks had a good day.

Traders bid up shares in Total System Services 4.8% higher following the announcement that the payments processor is being bought by Global Payments in a deal valued at $21.5 billion. The move is the third major acquisition in the payment technology sector this year. Global Payments shares lost 3%.

SeaWorld surged 16.6% after it announced a stock buyback and increased investment from a hedge fund.

Fiat Chrysler shares gave up an early gain, sliding 0.9% after the carmaker proposed a merger with France’s Renault. A combination between the companies would create the world’s third largest automaker and reshape the global industry. It would top General Motors’ production and trail Volkswagen and Toyota.

First American Financial fell 6.3% because of a security lapse that exposed bank account numbers and other sensitive information. The real estate title company confirmed the lapse on Friday.

US Home Prices Rise at Slowest Pace in 6½ Years