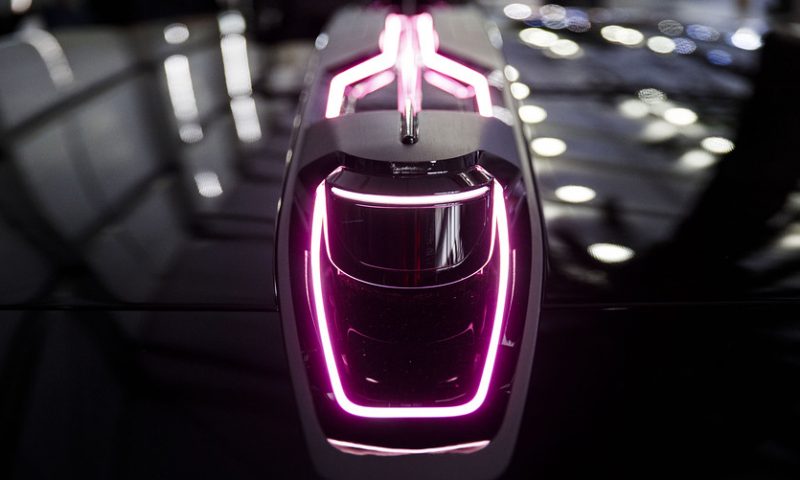 Musk has called the sensors ‘a fool’s errand,’ but is his objection really to their expense?

Tesla Inc. Chief Executive Elon Musk is at odds with most in Silicon Valley and the automotive industry over a sensor technology that experts generally believe is a necessity for achieving full autonomous driving.

Musk unveiled a new computer and custom chips for the company’s self-driving system at a Tesla TSLA, -2.49% autonomous-driving event last month, where he continued his bashing of lidar, a key component of most self-driving cars. “Lidar is a fool’s errand, and anyone relying on lidar is doomed,” Musk said, likening the sensor technology to an “expensive appendix.”

Tesla’s suite of advanced driver-assistance systems, which it calls Autopilot, combines video cameras and radar, but it does not and apparently will not in the future use lidar technology. Last week, Nissan Motor Co. Ltd. 7201, +0.97% said that it would also avoid using lidar, citing its cost and capabilities. Musk and Nissan apparently see lidar as a backup to radar and video that makes a self-driving car unaffordable.

But for every other company and automobile maker working on self-driving cars, lidar is a core visibility and mapping system. It is so important that it was the technology at the heart of Waymo’s lawsuit in 2017 for trade-secret theft against Uber Technologies UBER, +2.57% . Waymo, Google parent Alphabet Inc.’s GOOG, -0.64% GOOGL, -0.59% self-driving-car business reached a settlement with Uber just days after the trial began in federal court in San Francisco.

Lidar works by measuring an object’s distance from a self-driving car and creating a 3-D replica of the environment. Light is emitted from a rapid-fire laser and the system collects its information by sending out laser light and gathering the light each laser beam generates. Laser light reflects off geometric points of objects in the environment such as buildings and tree branches. The reflected light energy then returns to the lidar sensor where it is recorded. An integrated computer system measures the time between the initial laser pulses and the receiver using the speed of light to compute the distance the light has traveled.

Musk has been called irresponsible by critics for his bashing of lidar, including by Consumer Reports. Lidar manufacturers are more unhappy. Louay Eldada, a co-founder and chief executive of Quanergy Systems Inc., a startup now valued at about $2 billion, is growing fed up with what he sees as Musk’s cowboy mentality.

A few days after Musk’s issuance of brash autonomous-car predictions and his dismissal of lidar technology, Eldada got on the phone with MarketWatch for a brief phone interview during a business trip to China. “Elon did not mince his words; I will not mince mine: An autonomous vehicle with only radar and video is irresponsible with people’s lives,” Eldada said.

Quanergy is a Silicon Valley developer of lower-cost, smaller lidar systems, and is currently working with 22 automobile makers on specific programs for self-driving systems, and it’s in talks with about 100 companies total. Quanergy has raised $180 million in venture funding to date.

After Nissan’s announcement last week, Eldada reiterated his view: “It is fundamentally unsafe to only use radar and video cameras on autonomous vehicles — radar and video cameras alone cannot accurately see in the dark, nor can they differentiate if an object is human or inanimate. The most robust and responsive safe system would have the full suite of lidar, radar, video cameras, with lidar as the primary sensor.”

What Nissan and Tesla are doing might sound more efficient and less expensive, he conceded, “but, if you look beneath the surface, it’s irresponsible.”

Executives at Velodyne LiDAR, a private company founded in Silicon Valley in 1983, also took issue with Musk’s comments and said the consumer should be wary of Tesla’s claims. “I personally like the Italian-designed Tesla aesthetics and I applaud his leap toward the electrification of cars,” Marta Hall, president and chief business development officer at Velodyne, wrote in an email. “Bravo! However, I would not trust its ‘Autonomy’ claim, because the company has claimed its Autopilot feature is, ‘Almost Autonomous.’ ”

Hall said that Tesla’s Autopilot is “NOT ALMOST AUTONOMOUS [emphasis her own] and it gives autonomy a bad rap.”

She said the Tesla Autopilot feature has grave limitations. “Without lidar, the system is missing crucial 3-D vision, with 3-D data points for collision avoidance and advanced autonomous navigation. Musk brought us innovation, but not quality when it comes to safety,” she said.

If Musk’s prediction that lidar is not necessary for autonomous cars were his only audacious claim that went against the collective wisdom of multiple industries, it might be possible to side with him in this fight. However, Musk’s prediction of a networked system of Tesla robotaxis in the very near future has already put strain on his credibility.

Even with the inroads that autonomous vehicles have made, cars with Level 5 autonomy — fully autonomous in every situation — appear to be years away from most roads. Last month, Wired wrote its own reality check on self-driving cars, with a few conclusions, including driverless shuttles traveling the same, very limited route still being a few years away, and full robotaxi systems at least a decade out.

“Level 5, next year, only in geofenced areas, that is feasible. Today we are supporting vehicles in geofenced areas,” Eldada said, referring to the system used to keep self-driving cars within a specific area that the technology understands well enough to traverse safely.

“But to say I am going to sell Level 5, and deploy in say, Mumbai, in full chaos, no way. No chance. It would an exceptionally irresponsible decision if he decided to move forward with that. The technology exists, and it is being used in geofenced areas. I see one of those cars and I am going to pull over. It goes against the state of the art in this space.”

Eldada, in fact, said he believes fully autonomous flying cars could come sooner than fully self-driving cars on the road. “We will see Level 5 flying cars before we see Level 5 driving cars,” Eldada said. “You can have software-defined virtual lanes in the air.”

Two years ago, Toyota Motor Co. 7203, +0.80% invested in a flying-car project called Cartivator and hopes to have a flying car ignite the Olympic flame at the Tokyo Summer Olympic Games in 2020. Uber Technologies Inc. UBER, +2.57% plans to begin testing on-demand flying taxis in Dallas in 2020.

For his part, Musk, the salesman, wants to make his cars more appealing to a broader audience by keeping costs as low as he can, while the company faces its own potential cash crunch, which could make avoiding lidar a bottom-line-friendly move for Tesla. But insisting that he can still develop a fully autonomous fleet of cars before companies that are using more expensive and safer systems is irresponsible, and, if lidar executives are right, it could be downright dangerous.

Each side has its own agenda: Musk wants to offer exciting technology to more people at a lower cost, and lidar companies want to sell their products. But while there are two starkly different views here, one thing that is clear is that fully autonomous vehicles will not be here on the timeline Musk is preaching, and, when they do arrive, they will need the safest technology available to satisfy regulators and consumers.

Even if Musk sees lidar as an expensive backup, it’s a technology that should be part of these cars in their early days for safety’s sake, and possibly going forward, particularly as costs come down. While Musk deploys hyperbole in the hopes of driving up demand for his cars, consumers should recognize that Tesla is perhaps not in the fast lane toward fully self-driving technology.

Investors are seeking safety in domestic US growth equities