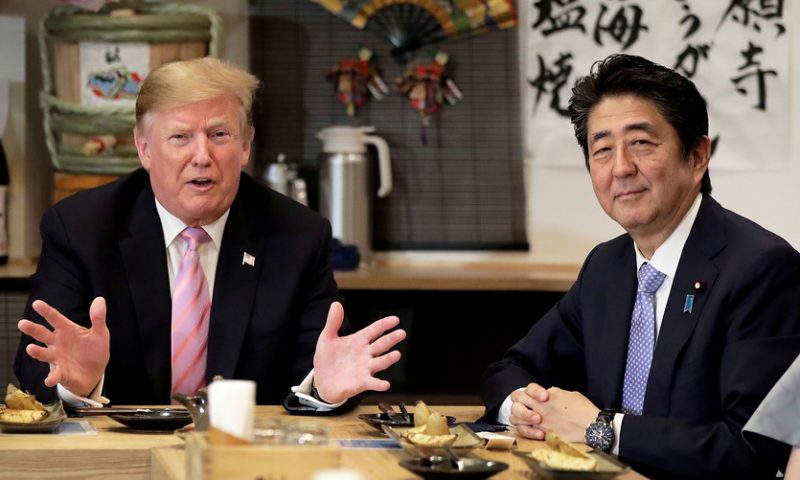 Nikkei up as Trump hits at future trade deal, while Hang Seng retreats

On Monday, Trump became the first world leader to meet Japan’s new emperor, Naruhito, and later met with Abe to discuss trade and other world issues.

While no U.S.-Japan trade deal has been reached, Trump tweeted Saturday: “Great progress being made in our Trade Negotiations with Japan. Agriculture and beef heavily in play. Much will wait until after their July elections where I anticipate big numbers!”

Meanwhile in Europe, centrist parties suffered losses in European Parliament elections, with far-right parties and the Green Party making inroads. However, the populist gains were not as great as some had expected, and pro-EU parties will control more than two-thirds of the seats.

U.S. financial markets will be closed Monday in observance of Memorial Day.

The Shanghai Composite SHCOMP, +1.38% jumped 1.4% and the smaller-cap Shenzhen Composite 399106, +2.51% rose 2.5%. Reuters reported data showed profits for Chinese industrial firms falling in April on weak demand, following strong numbers in the previous month. The read-in from the latest data is that policy makers may need to step in and support the economy.

Chuck Robbins decided to ‘change everything’ at Cisco, and it’s working