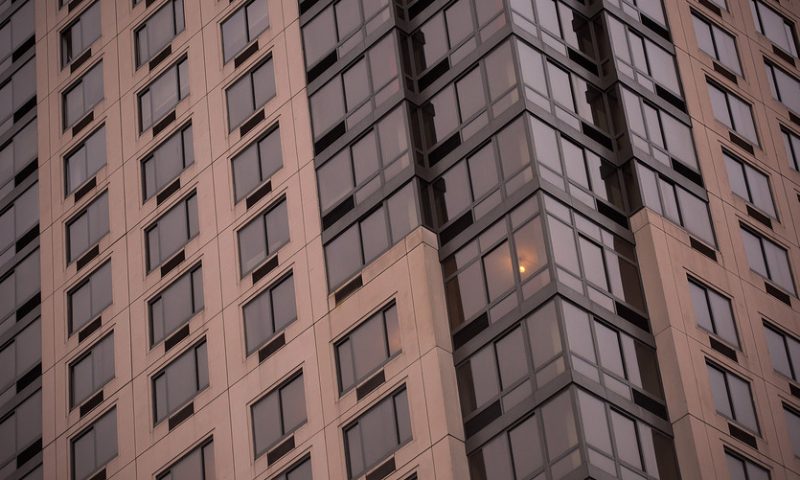 Britain’s biggest clothing retailer is set to enter the residential-real-estate market as part of ambitious plans to boost the group’s financial performance.

Marks & Spencer Group PLC MKS, +1.32% is to turn property developer as part of a major plan to unlock value across the retailer’s store estate.

The struggling food and clothing group, which saw a third straight drop in annual profit on Wednesday, owns some of the biggest tranches of retail space in the U.K.

MarketWatch has learned Marks & Spencer is at the early stages of a new initiative to “unlock the development potential” of its land by building new homes and offices and regenerating space for other retailers.

Chief Executive Steve Rowe said: “We own some very grand properties in town centers, and we believe that over a period of time those can be developed and release value to the business in terms of development as new, modern formats and possibly allow other use and development. I think that is about as far as I can go.”

The company has actually begun a feasibility study of the land it owns aimed at unlocking value from its large town-center stores with surplus space. It has appointed a new property-development director, Andrew Turton, to initiate the redevelopments over the year ahead. Sources say he is focused initially on 20 big assets.

Marks & Spencer, which traces its history back to a market stall that opened in 1894, has been struggling to adapt to the modern retail landscape and is racing to modernize its legacy systems.

It is at the beginning of a five-year turnaround plan aimed at transforming the culture into something less hierarchical and closing weaker stores, revamping product ranges and investing online.

It faces fierce competition from rivals Inditex and H&M, which frequently refresh their ranges to remain relevant to shoppers.

Archie Norman, Marks & Spencer’s chairman, said: “At M&S now everything is changing. Our ambition is not to tweak the short-term numbers — our ambition is to be Britain’s fastest-changing retailer, and we’re well on the way.”

In the past property has been a key means for retail companies to bolster their balance sheets.

Back in 2007 Marks & Spencer’s U.K. rival Tesco TSCO, +0.96% admitted to sitting on property assets worth £28 billion, which made it Europe’s biggest property company. It went through a period of selling and leasing back some of its sites to free up investment cash. But It has more recently been busy buying back freeholds, which have increased from 41% to 53% over the past five years.

At Marks & Spencer just 40% of its land is freehold or long leasehold.

The company said on Wednesday that its transformation is on track and pointed to “green shoots” of recovery.

The shares plunged up to 8% during the Wednesday session — before edging upward over the week’s final two sessions — as Marks & Spencer unveiled details of a discounted rights issue to fund an ambitious tie-up with technology giant Ocado to catapult it into online grocery sales.

‘Whiff of U.S. recession’? It’s in the air again amid China trade fallout

The richest 10% of households now represent 70% of all U.S. wealth