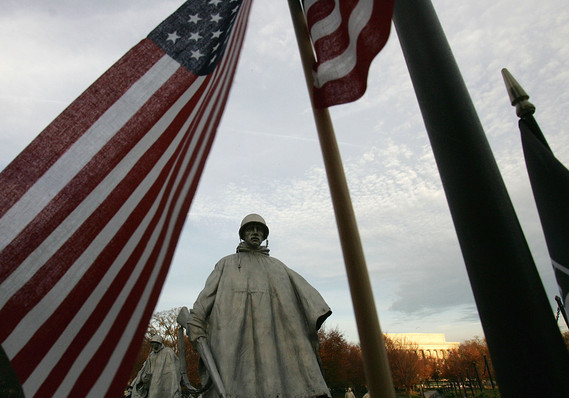 Stocks on track for first loss in May in seven years

U.S. financial markets will be closed Monday in observance of Memorial Day to honor and remember the brave men and women who died serving their country.

For some investors, it will be a much-needed reprieve, with stocks struggling to find support in a market battered by fears of an intensifying trade war between two economic titans—the U.S. and China.

Ian Winer, an advisory board member of Drexel Hamilton, believes that the U.S. is severely handicapped in its standoff with China.

“They are an autocracy and we are not. They can tell their people whatever they want. Our pain is felt real time in the press and our data. They control the media. We do not. If a farmer over there speaks up, they disappear. If a soybean farmer feels it here, it could swing an election,” he said.

Winer noted that the prolonged fight is already making itself felt on the U.S. economy with “stunningly” weak manufacturing numbers.

An IHS Markit flash survey of U.S. manufacturers sank to a nine-and-a-half year low of 50.6 in May from 52.6 in April while its survey of service-oriented companies such as banks and retailers tumbled to a 39-month low of 50.8 from 52.7.

Regular trading for oil CLN19, +1.12% on the New York Mercantile Exchange and metals GCM19, -0.22% on the Comex will be closed for the holiday. CME Group said it “will not derive or disseminate settlement prices for CME, CBOT, NYMEX or COMEX” on Monday.

The bond traders will get an early start to their long weekend with the market closing an hour early Friday at 2 p.m. Eastern.

Currencies will be one asset not affected by U.S. market closure although trading volume is expected to be light.

Across the pond, markets in the U.K. will shut down for a bank holiday on Monday although other European stock markets will be open for business as usual.