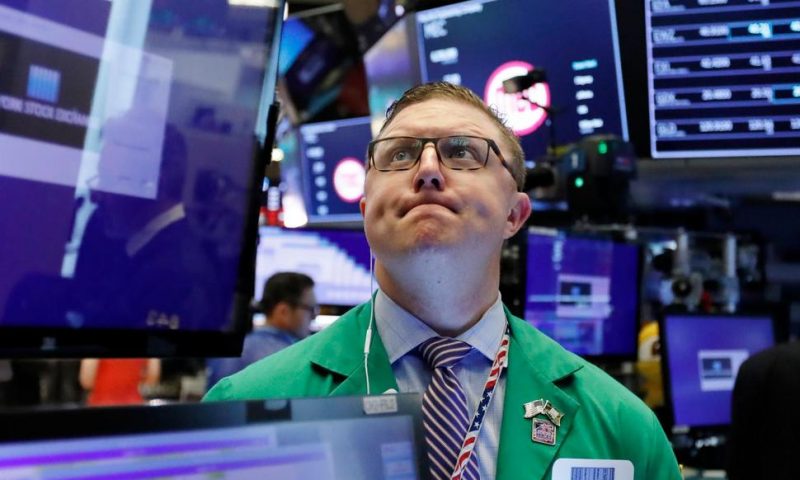 U.S. stocks closed lower Wednesday, weighed down by mixed corporate earnings from big retailers and uncertainty over the trade spat between the U.S. and China.

Stocks closed lower on Wall Street Wednesday, weighed down by a mixed batch of corporate earnings from big retailers and lingering uncertainty over the trade spat between the U.S. and China.

Lowe’s and Nordstrom were among the biggest decliners in the S&P 500 after the retailers reported quarterly results that fell short of Wall Street’s expectations. Target bucked the trend, surging after its latest results handily topped analysts’ forecasts.

Chipmakers and other technology stocks also pulled the market lower, continuing a pattern of volatile trading as investors react to developments in the U.S. and China’s trade dispute. Energy stocks also took losses, falling along with the price of crude oil. Small company stocks declined more than the rest of the market.

The sell-off outweighed gains by health care companies, household goods makers and other sectors, reversing some of the market’s gains from a day earlier.

“There’s just so much uncertainty, it’s really hard for anybody to frame how it’s going to play out,” said Karyn Cavanaugh, senior markets strategist at Voya Investment Management.

Heightened tensions over trade have stuck the market in a rut for the last two weeks. The major U.S. indexes are all down more than 3% in May, although they are still holding on to gains for the year between 10% and 16%.

The turbulent stretch of trading this month has been a change from the relative calm that dominated markets earlier this year, when a trade agreement appeared in the works.

The U.S. has imposed 25% tariffs on $250 billion in Chinese imports and is planning to target another $300 billion, a move that would cover everything China ships to the U.S. China, meanwhile, has retaliated against $110 billion in U.S. products.

Treasury Secretary Steven Mnuchin and U.S. Trade Representative Robert Lighthizer wrapped up an 11th round of talks with Chinese counterparts earlier this month without reaching an agreement. More talks have yet to be scheduled.

The trade war continues to be a wild card hanging over the market, said Jason Pride, chief investment officer of private wealth for Glenmede. The economy is in the late stages of a decade-long expansion and investors are questioning how much longer it can continue.

“Everybody is looking over their shoulders trying to figure out when this cycle will end,” he said.

Corporate earnings and federal monetary policy have ceased to be major concerns, Pride said. That leaves trade as the most closely watched and currently volatile issue.

Meanwhile, investors appeared to shrug off the minutes from the Federal Reserve’s last meeting of policymakers.

The central bank released the minutes Wednesday afternoon, but the market barely budged. The minutes show some Fed officials still thought more interest rate increases might be needed to keep low unemployment from triggering unwanted inflation. Financial markets have been hoping that the Fed will start cutting rates soon to bolster growth further.

At its last meeting, the Fed kept its key policy rate unchanged in a range of 2.25% to 2.5%, where it’s been since the Fed hiked rates for a fourth time last year.

Tech stocks have swung between gains and losses this week after the U.S. proposed restrictions on technology sales to Chinese companies and then granted a 90-day grace period.

Investors hammered Lowe’s after the home improvement retailer slashed its outlook for the year following a weak first quarter. The company’s shares tumbled 11.8%, its biggest single-day decline in more than 28 years.

In contrast, Target had its best day since late 2017 after a surge in online sales lifted its first quarter profit well above Wall Street forecasts. The retailer has been aggressively expanding its online shopping options, including same-day services and in-store pickups. Its shares vaulted 7.8%.

Brent crude, the international standard, closed 1.6% lower at $70.99 per barrel.