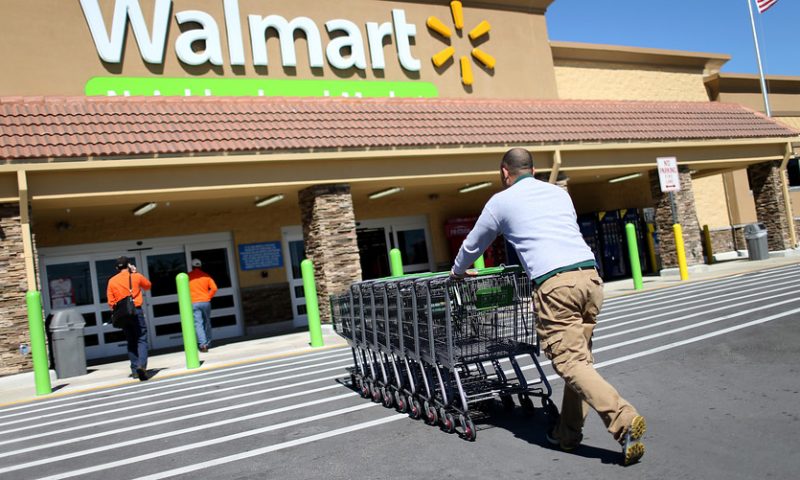 Stocks closed higher for a third consecutive session Thursday, with the Dow up by triple digits after upbeat earnings from two blue chips, as investors weighed the latest developments on the trade front after President Donald Trump appeared to target Chinese telecommunications group Huawei Technologies Co. with an emergency declaration against threats to U.S. technology.

Meanwhile, economic data on the U.S. labor and housing markets came in better than expected, offsetting worries over trade.

Global equities have proven resilient after the Trump administration fired a fresh salvo in a trade spat with China late Wednesday, issuing an executive order that bans telecom equipment from countries considered “foreign adversaries.” The move appeared to target Huawei, which has been under pressure from the White House for months.

Additionally, the Commerce Department said that it would add Huawei to a list of entities that engage in “activities contrary to U.S. national security and/or foreign policy interests,” which could greatly restrict its purchases of crucial American-made chips.

Other corners of the Trump administration were offering reasons for markets to hope that a U.S.-China trade deal of some sort was still in the offing. Treasury Secretary Steven Mnuchin said Wednesday that U.S. officials would “most likely” meet with Chinese delegates again in Beijing after each side fired off trade tariffs at the other earlier this week.

A spokesman for China’s Commerce Ministry said the country opposes other countries imposing unilateral sanctions on Chinese entities and that Washington should avoid actions that adversely affect China-U.S. relations, Reuters reported. The spokesman also said he had no information on plans for a U.S. trade delegation to visit China.

On the economic front, the number of Americans applying for jobless benefits fell by 16,000 in the week ended May 11 to 212,000, below the 217,000 expected by economists polled by MarketWatch.

Construction of new homes rose 6% in April from the month earlier, to an annual rate of 1.24 million, above the 1.21 million pace expected by economists, per a MarketWatch poll.

The Philadelphia Fed’s manufacturing index rose to a four-month high in May, reaching 16.6, after registering 8.5 in April.

Federal Reserve Gov. Lael Brainard said Thursday that the “new normal” of low interest rates requires the central bank to allow inflation to pick up and use tools like increased capital requirements to check financial market exuberance. “In today’s new normal, it is important to achieve inflation and inflation expectations around our 2% target on a sustained basis while guarding against financial imbalances through active use of countercyclical tools,” she said at a tax association meeting.

Minneapolis Fed President Neel Kashkari also noted that the Fed has been treating the 2% inflation target as a ceiling instead of a target. “For our current framework to be effective and credible, we must walk the walk and actually allow inflation to climb modestly above 2% in order to demonstrate that we are serious about symmetry,” he said at the Santa Barbara County Economic Summit.

“I’m rather surprised and impressed by the resiliency of the equity market and other risk assets in the face with all this uncertainty, which goes beyond trade,” said Jim Solloway, chief investment strategist at SEI Investments.

“People are beginning to place trade in more perspective,” he said. “To be sure, nobody wins from a trade war, but when you look at the numbers, we’re still talking about a relatively small amount of tariffs in the context of a $21 trillion economy, so what we’ve seen to date isn’t as important as the general direction of global growth.”

Overall, data on the global economy has shown marginal improvements in recent weeks, which has helped to buoy investor confidence, he added.

“It’s hard to keep up with the Trump White House at the moment. After the damaging trade war escalation that dominated either side of the weekend, the markets were granted a reprieve on Wednesday as reports came out suggesting the U.S. was prepared to delay tariffs on cars from Europe and Japan,” wrote Connor Campbell, financial analyst at SpreadEx, in a note.

“And then the president zigged when it looked like he was zagging, declaring a national emergency to protect U.S. computer networks from ‘foreign adversaries’ — i.e. a big middle finger to China via an attack on Huawei. The latter, alongside 70 of its affiliates, is now on the Entity List, meaning it will require official US government approval to buy crucial parts and components from American companies,” said Campbell.

Shares of Jack in the Box Inc. JACK, +1.28%  gained 1.3% after the fast-food company said it plans to replace its existing credit facility with securitization and then resume buying its shares in the open market. Jack in the Box also reaffirmed its long-term guidance, projecting sales of about $4 billion in fiscal 2022.