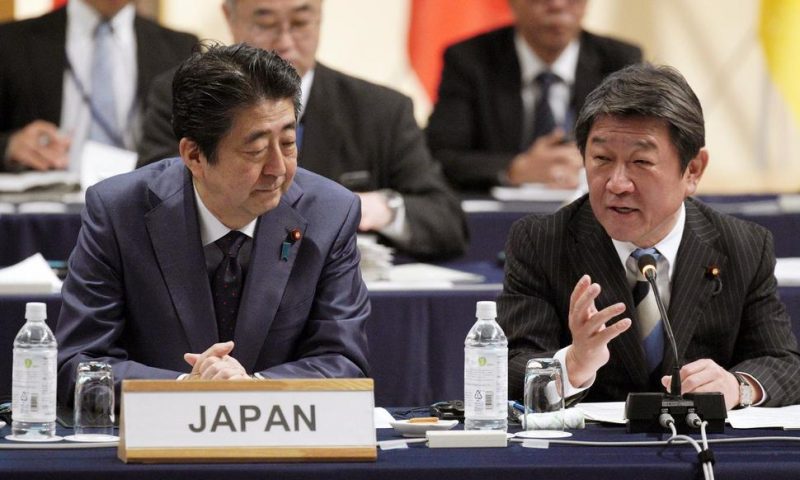 Japan’s trade negotiator has said Washington won’t be demanding any quotas on Japanese auto exports to the U.S.

Toshimitsu Motegi, the economy minister, told reporters he had confirmed this by speaking with U.S. Trade Representative Robert Lighthizer.

The comments could not immediately be confirmed after office hours in the U.S. Earlier, media reports said this was a possibility.

Autos are a big issue in trade talks between the two countries that began after President Donald Trump pulled out of the Trans-Pacific Partnership trade bloc. Japan is part of the TPP and has a trade deal with the European Union.

The trade surplus with the U.S. has long been a sticking point in bilateral relations. Trump is set to visit Japan later this month.

The administration sees the threat of the auto tariffs and other restrictions as a way to gain leverage over trading partners such as the European Union and Japan in ongoing trade talks.

A decision on whether the White House will impose tariffs on autos from Europe is due by Saturday. CNBC, quoting unnamed sources, earlier reported that the administration was close to announcing a postponement of the auto tariffs for up to six months.