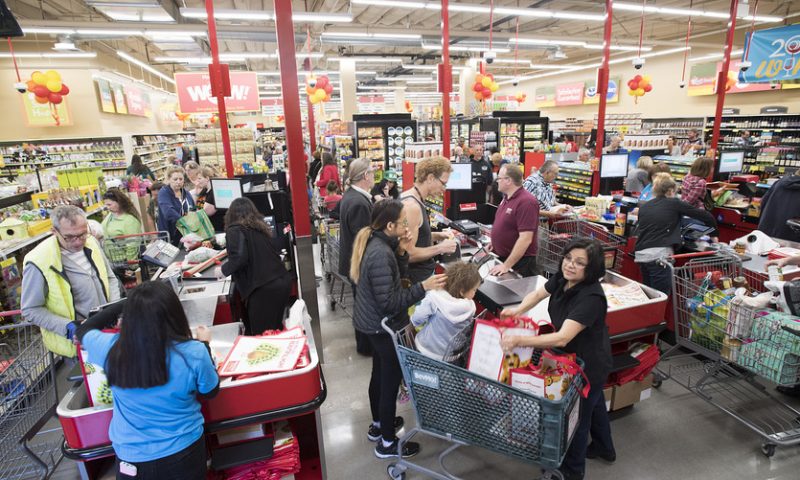 U.S. stocks closed higher Wednesday amid developments in U.S. international trade relations that were being viewed as optimistic by investors who have become increasingly sensitive to tariff headlines.

The market‘s gains were broad with shares of internet-related and information technology companies underpinning the rebound.

Communication services and information technology were the big winners while financials, materials and utilities ended lower.

The Trump administration plans to delay a decision on instituting new tariffs on car and auto part imports for up to six months, according to media reports. The news helped stocks to recover from early-morning losses and gain a foothold in positive territory.

President Donald Trump has long complained about the relative popularity of Japanese and European cars among American consumers, and has threatened tariffs as a means of getting the EU and Japan to agree to concessions in future trade negotiations.

The news potentially offsets worries that a worsening U.S.-China trade conflict would be aggravated by spats with other major trade partners like the EU at the same time that Congress is considering whether or not to ratify the Trump administration’s U.S.-Mexico-Canada trade pact, which, if passed, would replace Nafta as the treaty governing North American trade.

Trump on Tuesday also appeared to soften his rhetoric around trade, calling the dispute with China a “squabble” and repeating expectations for a positive meeting with Chinese leader Xi Jinping next month in Japan.

Disappointing data on U.S. retail sales helped to reinforce jitters about slowing domestic growth amid fears over the frayed relationship between Beijing and Washington that escalated last week after the Trump administration allowed tariffs on $200 billion of Chinese goods to increase to 25% from 10% and prepared further duties on a range of other goods.

What economic data were in focus?

Retail sales figures for April showed that U.S. retailers are seeing decelerating purchases for a second time in three months, declining 0.2% last month, compared with expectations for a 0.1% increase, per a MarketWatch poll of economists. Excluding autos, retail sales were flat for the month, versus expectations for 0.7% growth.

Though the letup follows a surprisingly strong 1.7% surge in retail sales in March, the broader trend in consumer spending reflects a slowing economy despite a health labor market.

The Empire State manufacturing survey in May climbed to a six-month high of 17.8 from a reading of 10.1 in April, the New York Fed announced.

Industrial production fell 0.5% in April. Economists polled by MarketWatch expected a 0.1% drop for production and a decline in utilization fell to 78.6%.

The National Association of Home Builders’ monthly confidence index jumped three points to 66 in May, the trade group said Wednesday; the highest reading since October.

“The 0.2% [monthly] decline in retail sales in April was weaker than the consensus expectation of a small gain and supports our view that GDP growth is set to slow in the second quarter,” wrote Andrew Hunter, senior U.S. economist with Capital Economics, in a research note.

“With Donald Trump playing down trade tensions between the U.S. and China as a ‘little squabble,’ there is cautious optimism that both sides will eventually reach a trade deal, with investors potentially looking at the G-20 meeting in Japan next month as a possible target for a breakthrough in trade relations,” said Han Tan, market analyst at FXTM, in a report.

Shares of Macy’s Inc. M, -0.46% fell 0.5% after the retailer beat analyst estimates for first-quarter profits, but reported falling revenue that was shy of expectations.