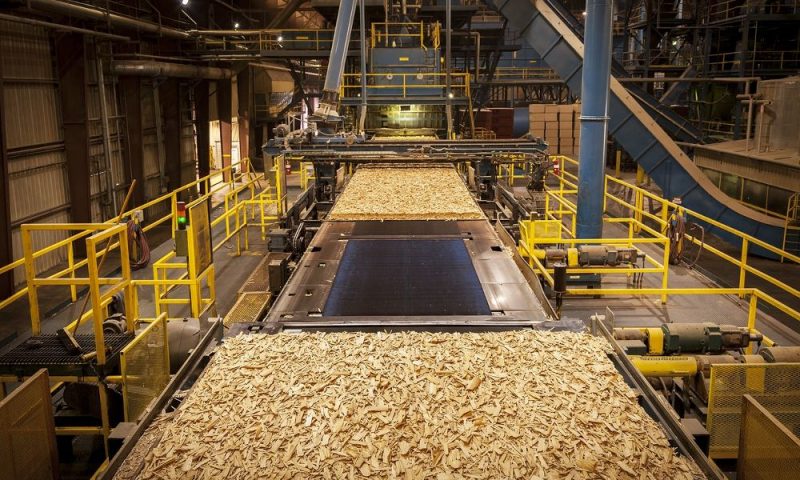 Louisiana-Pacific Co. (NYSE:LPX) – Research analysts at Seaport Global Securities lowered their Q2 2019 earnings estimates for shares of Louisiana-Pacific in a report released on Wednesday, May 8th. Seaport Global Securities analyst M. Weintraub now anticipates that the building manufacturing company will post earnings of $0.30 per share for the quarter, down from their prior estimate of $0.44.

Louisiana-Pacific (NYSE:LPX) last announced its quarterly earnings data on Tuesday, May 7th. The building manufacturing company reported $0.13 EPS for the quarter, missing the consensus estimate of $0.16 by ($0.03). The company had revenue of $582.00 million during the quarter, compared to the consensus estimate of $601.49 million. Louisiana-Pacific had a return on equity of 19.63% and a net margin of 12.16%. The business’s revenue was down 15.8% on a year-over-year basis. During the same period in the prior year, the firm posted $0.63 EPS.

The firm also recently announced a quarterly dividend, which will be paid on Monday, June 3rd. Stockholders of record on Tuesday, May 21st will be paid a $0.135 dividend. The ex-dividend date of this dividend is Monday, May 20th. This represents a $0.54 annualized dividend and a dividend yield of 2.22%. Louisiana-Pacific’s payout ratio is 19.71%.

In other news, Director Gary Cook sold 4,000 shares of Louisiana-Pacific stock in a transaction dated Thursday, March 14th. The shares were sold at an average price of $24.76, for a total value of $99,040.00. Following the completion of the transaction, the director now owns 52,139 shares in the company, valued at $1,290,961.64. The transaction was disclosed in a filing with the Securities & Exchange Commission, which is available through the SEC website. 0.40% of the stock is owned by company insiders.

Louisiana-Pacific Corporation, together with its subsidiaries, manufactures building products primarily for use in new home construction, repair and remodeling, and outdoor structure markets. It also markets and sells products for use in light industrial and commercial construction applications. It operates through four segments: Siding; North America Oriented Strand Board (OSB); Engineered Wood Products; and South America.