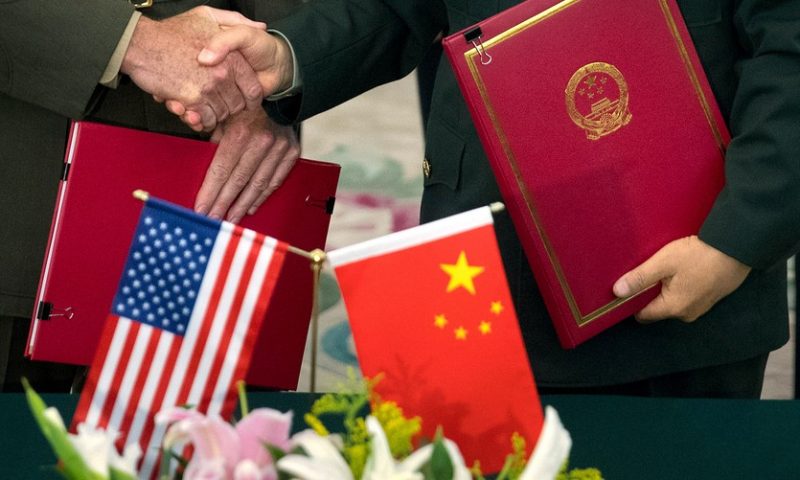 Investors are taking out protection against a sharp fall by global stock markets over the next 90 days, but aren’t betting on a full-blown breakdown of U.S.-China trade talks, according to a monthly survey of global fund managers released Tuesday.

Thirty-four percent of fund investors who participated in the Bank of America Merrill Lynch global fund survey this month have hedged against a sharp equity market fall over the next three months, the largest proportion in the poll’s history.

Investors “are well-hedged but not positioned for a breakdown in trade talks,” said Michael Hartnett, BofAML chief investment strategist.

But investors also see “little reason to ‘buy in May’ unless the 3Cs — credit, the consumer and China — quickly surprise to the upside.”

“Trade war” was the top “tail risk” identified by participants, a finding that BAML said was no surprise given the survey took place between May 3 and 9 (see chart below). Still, trade-war worries remained well below levels seen last summer.

Stocks tumbled Monday, with the S&P 500 SPX, +0.80%  and the Dow Jones Industrial DJIA, +0.82%  posting their biggest one-day declines since January, while the Nasdaq COMP, +1.14%  saw its biggest drop of 2019. Equities dropped after China retaliated to the U.S. decision late last week to hike tariffs on $200 billion of Chinese imports.

Stocks were bouncing back on Tuesday, with Dow recovering nearly half of its more-than-600-point decline the previous session.

Investors haven’t taken up defensive positions, the survey found. That means long positions in U.S. stocks, emerging markets, consumer discretionary, tech and banks are “all threatened” if key technical levels, including 2,775 on the S&P 500, fail to hold, BofAML analysts wrote.

Among other findings in the survey, investors said a drop in the S&P 500SPX, +0.80%  below 2,305 would prompt the Federal Reserve to cut interest rates.

The cash balance was unchanged at 4.6%, below the 5% threshold that marks a contrarian buy signal, BAML analysts said.