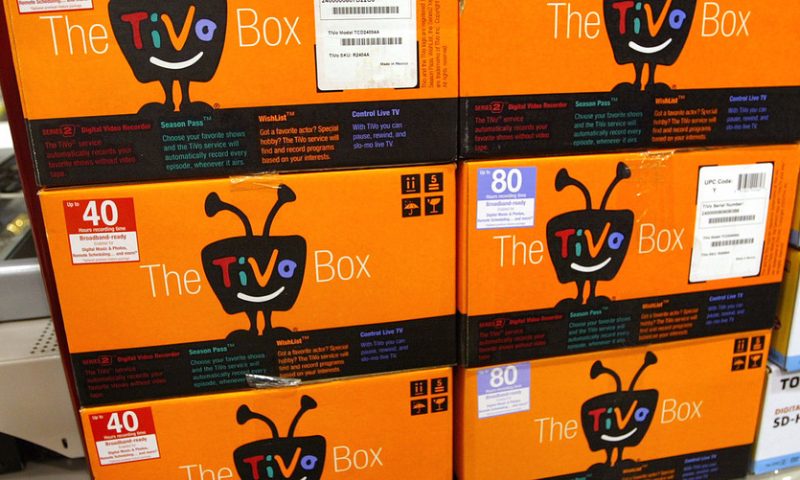 Analysts were mostly positive on the news the company is planning to split in two, but fretted about the timeline

TiVo Corp. shares slid 14% Friday, after the company formally unveiled a plan to split into two separate companies, one housing its platform solutions and software and services and another that will focus on its patent portfolio.

The company TIVO, -13.80% has been evaluating a range of strategic alternatives for more than a year as it works to realize shareholder value and has considered everything from a merger to an acquisition to a going-private deal.

The stock move comes as analysts weighing in on the news took a mostly positive view of the announcement, but fretted that it will not provide the same near-term boost as an outright sale of the product division.

“While (we) are optimistic that a separation could help to highlight the growth opportunities and valuation prospects for each operating division separately, we acknowledge this may not be readily apparent near term as an immediate sale of the product division would have been to shareholders,” B. Riley FBR analysts wrote in a note to clients.

“We now see the next potential value-creating catalyst as the upcoming ITC decision around the Comcast CMCSA, +0.54% dispute that is expected by June,” they wrote, referring to patent infringement lawsuits.

JPMorgan analysts led by Sterling Auty said the separation is necessary to maximize shareholder value. However, management needs approval for a tax-free dividend of the product business to existing shareholders, a process that will push the review timeline into 2020, he said.

“Ultimately, we believe the split makes the assets more attractive to potential buyers especially for the product business and that gives flexibility on options for the IP business,” Auty wrote in a note. “The challenge is that this timeline adds 6 to 8 months to what has already been an extended process for the strategic review.”

TiVo — which was purchased in 2016 for $1.1 billion by Rovi Corp., a company that largely subsists on patent-license fees for electronic viewing guides and video-on-demand services and changed its name to TiVo — has teased investors for 12 months with thoughts that it will find a buyer, as MarketWatch’s Therese Poletti wrote in March. Many analysts and investors hoped that TiVo might be acquired by a company like Roku Inc. ROKU, -0.50% whose co-founder and CEO, Anthony Wood, invented the first DVR before losing to the original TiVo.

TiVo said Thursday that the products segment generated $401 million in 2018 and the intellectual-property license segment banked sales of $295 million in 2018. It also said it has recently signed a multi-year deal with a major social media company, that it did not name.

“This deal demonstrates the broader applicability of our patent portfolios to web-based social media and advertising technology companies and we believe this deal could serve as a springboard for future licensing activities in both of these segments,” Interim Chief Executive Raghavendra Rau told analysts on the company’s earnings call, according to a FactSet transcript.

The company offered guidance for the first time in more than a year, saying it expects 2019 revenue to range from $640 million to $654 million. The company also cut its quarterly dividend to 8 cents from 18 cents, as part of its capital allocation strategy.

“This cut is not a surprise as we have written previously that this reduction would be necessary to conserve enough cash to deal with the settlement of the convertible debt,” wrote Auty. He estimates that the dividend cut will free up about $37.5 million of cash for fiscal 2019.

JPMorgan rates the stock a buy, despite its problems, and has a $16 price target, that is more than double its current trading level. B. Riley also has a buy rating on the stock, with an $18 price target.

BWS Financial said the fact the company is offering guidance again is a positive, “which could remove the stock from being in a black box of unknown and improve the stock’s valuation.”

“We believe management setting a goal post for themselves helps establish abetted valuation for TIVO shares,” analyst Hamed Khorsand wrote in a note.

Khorsand said the stock is a cash flow story and advising buying on the basis of how much it can generate this year.