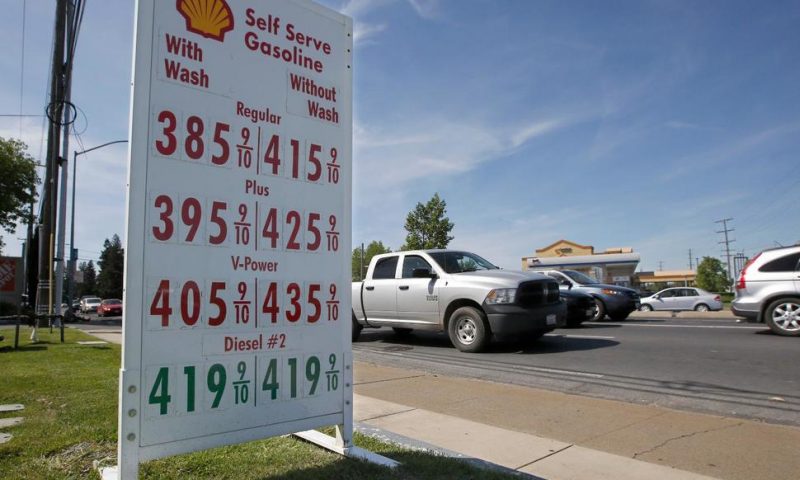 The US government is raising its forecast for average gasoline prices this summer, citing higher refining margins.

Gasoline for that summer road trip will cost a bit more than experts in the federal government were expecting just a month ago.

The government is also predicting higher prices for crude oil despite an increase in U.S. production. That’s because global demand is rising faster than previously expected.

The Energy Information Administration on Tuesday estimated that the U.S. will pump a record 12.45 million barrels of oil a day this year and that will rise again to 13.38 million barrels a day in 2020. Those are slightly higher numbers than the agency forecast in April.

The agency’s administrator, Linda Capuano, said American producers will increase drilling in response to the recent run-up in crude prices.

Capuano repeated the agency’s forecast that in the fourth quarter the United States will export more petroleum than it imports for the first time since 1948.

The Energy Department agency raised its forecast for nationwide average gasoline prices through September to $2.92 a gallon from $2.76 a month ago.

If the new forecast is right, prices will average 7 cents more than last summer, partly due to higher margins for refining gasoline.

The national average stood at $2.89 a gallon on Tuesday, according to the AAA travel club.

Some forecasters see pump prices going down. Price tracker GasBuddy believes that with refineries stepping up production, regular gasoline will ease slowly to around $2.76 a gallon in September and $2.56 in December.

“I really do feel like we’re in the eighth or ninth inning of the seasonal gas-price rally,” he said.

Last week, the U.S. moved to end waivers for a few countries that were still importing oil from Iran, which could crimp supplies. However, the Energy Department expects that, along with rising U.S. production, OPEC and Russia will also raise pumping after a 2018 agreement to limit output expires in June.

It predicts that international crude will average $70 a barrel this year and $67 next year, both about $5 higher than it predicted last month.