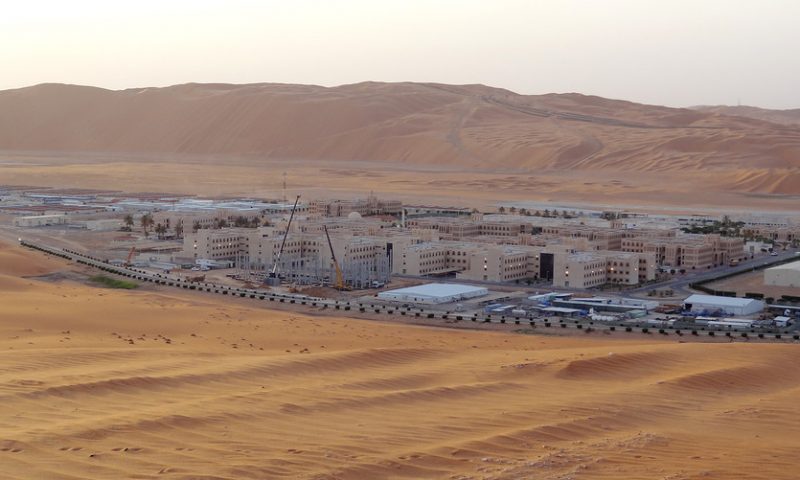 Crude prices tracked slumping global equities on Monday as investors shied away from perceived riskier assets amid concerns trade talks between the U.S. and China were verging on collapse.

Taking investors by surprise early Sunday, Trump threatened in a tweet to raise tariffs on $200 billion of Chinese goods this week to 25% from 10%, citing frustration over the pace of trade talks. Investors were waiting for a response from China, as Vice-Premier Liu He, also that country’s chief trade negotiator, was due to arrive in Washington this week to continue trade talks. There had been speculation that a deal could be reached as soon as Friday.

Investors were monitoring the possibility of increased tensions in the Middle East region. The U.S. sent bombers and a carrier group to the region over the weekend, amid reports U.S. forces in that area may have been targeted for an attack by Iran or a proxy force, the Associated Press reported, citing sources.

Meanwhile, Saudi Aramco reportedly lifted June crude prices for Asian and European customers, but cut those to the U.S., which some read as a signal that Saudi Arabia isn’t in a rush to boost oil supply ahead of next month’s Organization of the Petroleum Exporting Countries meeting.

Traders have been questioning whether the major oil exporter and de facto head of OPEC, will help make up for any oil lost from the market, or move to extend a production-cut agreement with major producers that’s due to expire at the end of June.

Saudi Arabia has pledged to boost oil output if needed, as the Trump administration starts banning all Iran oil exports. But behind the scenes, Riyadh and Washington face a likely showdown over the number of extra barrels the kingdom would supply to global markets to keep crude prices stable.

Crude futures have been pulling back from six-month highs hit last month, as energy markets watched the next move from OPEC as those U.S. waivers on Iran oil sanctions expired and as a U.S. government data last week showed the biggest climb of the year so far.

Baker Hughes BHGE, -1.37% meanwhile, reported Friday that the number of active U.S. rigs drilling for oil rose by 2 to 807 this week, but the total active domestic rig count, which includes natural-gas rigs, fell by 1 to 990.