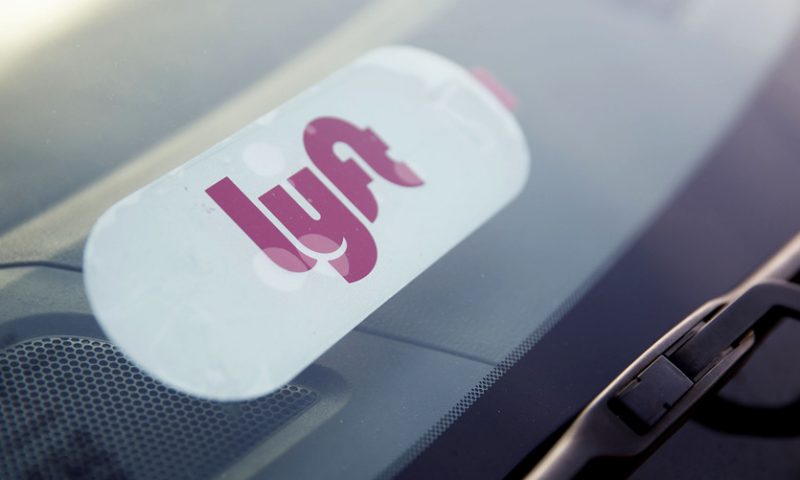 The ride-hailing industry is about to face its biggest week yet on Wall Street.

Lyft Inc. LYFT, +1.64% hasn’t had a very warm welcome to the public markets since its late-March initial public offering, but the company will look to turn that around on Tuesday afternoon when it delivers its first earnings report as a public company. The reaction to that may set the tone for rival Uber Technologies Inc. UBER, +0.00% , which appears ready to make a splash with its own IPO later in the week.

The two transportation giants have different priorities and profiles, but they invite the same concerns from investors about steep losses, murky profit trajectories and a continuing price war. Lyft will look to dispel some of those fears—or at least steer attention elsewhere—when it faces analysts publicly for the first time on its earnings call.

It remains to be seen whether shares of Lyft and Uber will trade mostly in tandem once the two companies are both public, or whether investors will home in on the differences between Lyft’s ride-oriented, U.S.-focused business and Uber’s sprawling international empire that touches everything from food delivery to freight and health care.

“To this point, we believe many investors have taken a wait-and-see approach, and not putting real money to work in Lyft but rather waiting 1) to see what investor reaction to Uber’s IPO will be, and 2) for Lyft to report its first quarter as a public company,” Wedbush analyst Daniel Ives wrote Friday.

Already, analysts have been picking their favorites. Wedbush’s Ygal Arounian recently declared his preference for Uber because its robust platform and logistics expertise reminded him of a younger Amazon.com Inc. Ives also favors Uber over Lyft “at current levels.” D.A. Davidson’s Tom White remains on the sidelines for Uber due to the company’s deteriorating margins and slowing revenue growth, but he still rates Lyft shares a buy.

Earnings: Analysts surveyed by FactSet expect Lyft to report an adjusted loss per share of $4.85. According to Estimize, which crowdsources projections from hedge funds, academics, and others, the average projection calls for $2.49 a share in losses.

Revenue: The FactSet consensus is for $740.1 million in first-quarter revenue, while the average projection on Estimize calls for $746 million. A year ago, Lyft recorded $397.2 million in March-quarter revenue.

Stock movement: Lyft shares are off 14% from their IPO price of $72. Of the 24 analysts tracked by FactSet who cover Lyft’s stock, 14 rate it a buy, eight rate it a hold, and two call it a sell. The average price target on shares is $75.25, 21% above recent levels.

Lyft and Uber heaped promotions on riders in the lead-up to their initial public offerings, and these discounts are expected to factor into Lyft’s latest financials.

Uber disclosed in its prospectus that it saw increased promotional spending and competitive activity in the first few months of the year, which “could be a headwind to Lyft in its first quarter as a public company,” said Guggenheim’s Jake Fuller, who rates the stock a hold. If so, look for an impact to Lyft’s take rate, or the amount of each fare that the company retains.

Given heightened promotional activity prior to the IPO, the key question is whether management expects to pull back on this discounting now that it’s offering is out of the way and Uber’s is about to take place. Lyft was thought to be boosting its market share by offering cheap rides ahead of its investor roadshow, but share gains may be less important now that the company is public.

Though Lyft’s main business is ride-hailing, the company participates in a number of emerging areas, like docked bikes and scooters, that don’t yet bring in much revenue while racking up costs. The company is also trying to build up more of an enterprise business, by building relationships with companies to arrange rides to doctor’s appointments or job interviews. Look for commentary from management about the growth strategy for these businesses and Lyft’s approach to those investments.

“Lyft is currently seeing almost no top-line benefit from the spend incurred for these noncore segments,” wrote Piper Jaffray’s Michael Olson, who has an overweight rating and $78 price target on the stock.

The company might also share more information about its international plans, following a limited launch in Canada. Brent Thill of Jefferies, who rates the stock a buy with an $86 target, expects that further expansion within Canada could help drive upside in the coming quarters. He’s also watching for improvement on margins and per-ride metrics.

Nonfinancial metrics are important when evaluating Lyft’s results, and the company is expected to show continued growth in active riders and rides taken. Lyft had 18.6 million active riders in the December quarter who took a combined 178.4 million rides. Susquehanna analyst Shyam Patil expects that key drivers of growth in the rider base include marketing and increased supply of drivers, as well as geographic expansion. He rates the stock at neutral with a $57 target.

Wedbush’s Ives dropped his price target on Lyft stock to $67 from $80 on Friday.

“The bulls are looking for a strong print/guide and … a step in the right direction after a brutal first month out of the gates for Lyft (and its investors),” Ives wrote.

Financial Planning When a Family Member Has Special Needs