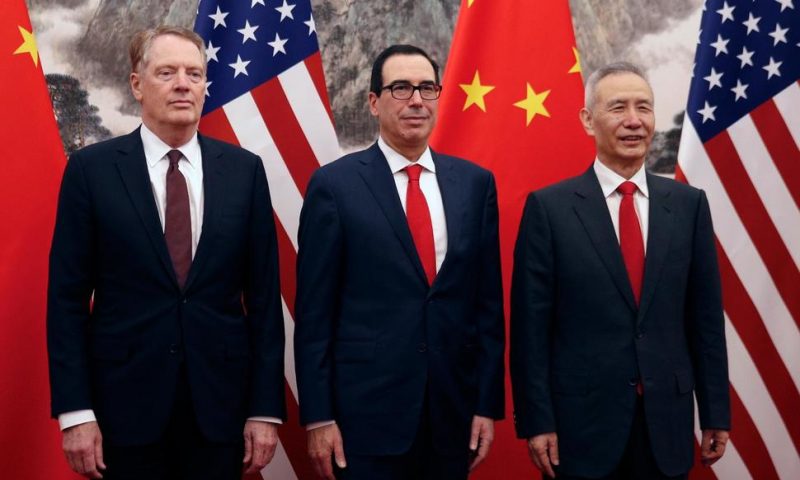 US, China begin new round of tariff war negotiations.

BEIJING — AMERICAN and Chinese trade negotiators have begun more talks aimed at ending a tariff war after Treasury Secretary Steven Mnuchin said U.S. officials might be moving toward a decision on whether to make a deal with Beijing.

Wednesday’s meeting follows statements by both governments that they were making progress, which has helped to reassure jittery global financial markets.

Washington is pressing Beijing to roll back industry development plans it says are based in part on stolen technology and that violate its market-opening commitments.

Mnuchin said Monday talks this week and next week would help American officials decide whether to recommend to President Donald Trump whether to agree to a deal with Beijing.