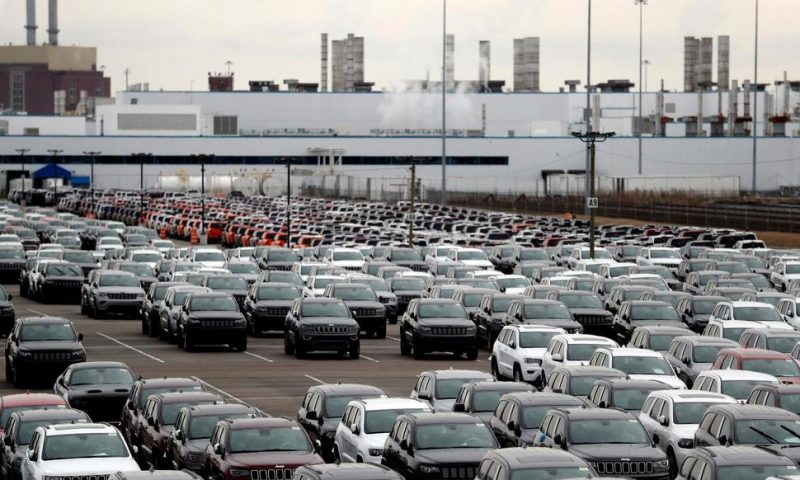 As development returns to Detroit, the city’s vacant land is becoming an asset.

DETROIT — When Fiat Chrysler began considering where to build its next assembly plant, the automaker didn’t have to look far to find land.

A short walk from its Jefferson North plant on Detroit’s east side is 200 acres (80 hectares) of land the company is eyeing as part of a $1.6 billion investment to convert its Mack Avenue Engine Complex into a new facility.

Decades of residential flight, disinvestment and abandonment have left the Motor City with something many others just don’t have: stretches of available real estate. Unlike many big cities where space is tight and most new buildings must be vertical, Detroit’s sprawling empty spaces appeal to some developers.

Detroit is now working to secure the land needed for Fiat Chrysler. Some is home to an old power plant. A tree-planting operation is on another part. A large chunk is privately owned and leased to the automaker as a lot for new vehicles.

Mayor Mike Duggan said in late February that Detroit had 60 days to pull those acres together or the deal with Fiat Chrysler could sputter. Much of the land has been secured, with negotiations continuing with businessman Manuel “Matty” Moroun’s family for one section, according to city spokesman Tim Carroll. The Detroit City Council is expected to discuss the city’s land acquisition plan as early as Monday.

The effort is seen as more good news for the city that is still rebounding after its 2014 exit from the largest municipal bankruptcy in U.S. history. Bolstered by auto and other manufacturing jobs, Detroit nearly was bursting at its seams by the 1950s when the city’s population rose to about 1.8 million. But white people started to leave the city for the suburbs. The outbound tide swelled following a 1967 race riot. The black middle class followed.

Tens of thousands of aging homes that once held families deteriorated. More than 14,000 vacant structures — mostly houses — have been torn down over the past five years as part of the nation’s largest demolition program.

“Really, in some ways for Detroit to grow it had to shrink,” said Clifford Brown, managing partner of Woodborn Partners, which is building a $16 million mixed-use development in southwest Detroit. “The vacant land is just emblematic of Detroit needed to shrink for a while before it could get healthy. Those who were optimistic said (the city) was just resting.”

Woodburn Partners’ project will include 60 new apartments and retail space. The land being vacant was part of the appeal, Brown said.

“It’s an asset — at least from our perspective,” he said. “We like to develop on vacant land.”

In the Cleveland area, decisions are made to assemble vacant parcels, side lots and lots with abandoned houses into contiguous pieces that possibly could see redevelopment.

“Even if the land is vacant, it’s often owned by multiple entities and some that may no longer exist, whether bankrupt companies or single-family homes,” Schilling said.

Land banks can help, he said.

“You’ve got to have a plan and you also have to have a process that really engages the residents who live in that neighborhood to insure they benefit from the regeneration,” Schilling said.

“You can’t just do one thing,” he said. “You have to build new stuff. You have to reclaim some vacant land. You kind of have to do it all at the same time.”