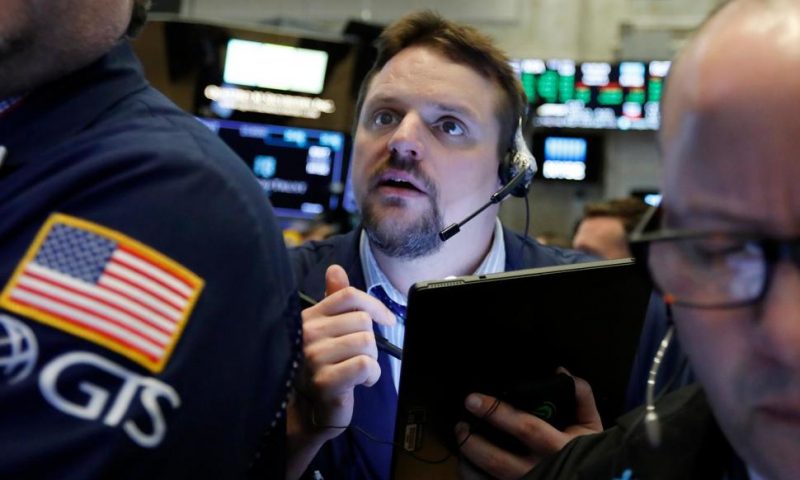 The S&P 500 closed at an all-time high Tuesday, marking the stock market’s complete recovery from a nosedive at the end of last year.

The S&P 500 hit an all-time high Tuesday, marking the stock market’s complete recovery from a nosedive at the end of last year.

The benchmark index’s previous record was set last September, shortly before the market sank in the fourth quarter amid fears of a recession, an escalating trade war between the U.S. and China, and concern the Federal Reserve was moving too aggressively to raise interest rates.

Those concerns have eased or taken a back seat to more optimism among investors this year. Investors are more confident in the prospects for steady, if slower, growth. And they’ve been encouraged by an increasingly hands-off Federal Reserve, which has signaled this year that it may not raise interest rates at all in 2019 after seven increases the prior two years.

Traders are also feeling more optimistic about the global economy. In China, economic growth held steady at 6.4% in the first quarter of the year as increased government efforts to stem a slowdown gained traction. In the U.S., job growth rebounded in March following a surprisingly weak February.

And the uncertainty over the costly trade dispute between the U.S. and China has eased in recent weeks amid signs that both sides are making progress toward reaching a resolution.

The S&P 500 has now recovered all of the ground it lost last fall, gaining 24.8% since it hit a bottom on Christmas Eve.

“New highs, in and of themselves, tend to be bullish and tend to beget more new highs,” said Willie Delwiche, investment strategist at Baird. “You have the combination of Fed friendliness, the economy still in good shape and some expectations from an earnings front being reset that create a fundamental backdrop that isn’t all together unfavorable for stocks.”

Tuesday’s broad rally was driven by big U.S. companies turning in solid results for the first quarter. That surprised investors because analysts have forecast the worst quarter of earnings growth in years.

Small-company stocks rose much more than the rest of the market, a bullish sign indicating that investors were more willing to take on risk. The Russell 2000 index picked up 25.05 points, or 1.6%, to 1,585.09. It finished well below the peak it reached last August.

At the sector level, technology and industrial stocks are leading the way this year, with gains of 27.2% and 22.4%, respectively.

While the S&P 500’s latest milestone reflects renewed optimism about stocks, where the market goes from here depends largely on corporate earnings growth. To that end, the breadth of earnings growth is key, said Delwiche.

“You could argue that a bulk of the decline last year was concern about the global economy and whether or not the Fed was tightening too, much too soon,” Delwiche said. “The question is: What’s next?

Delwiche noted that while the S&P and Nasdaq notched new highs Tuesday, the number of individual stocks making new highs is relatively small.

“That’s a cause for concern,” he said.

On Tuesday, Hasbro, Lockheed Martin and Twitter all surprised Wall Street with strong profit and revenue. Analysts are watching corporate reports closely this week as they gauge whether first quarter earnings for U.S. companies will be as bad as predicted. Wall Street has been forecasting a contraction during the quarter.

Stocks are under a little less pressure following the latest round of earnings results. That’s not only because the earnings have been mostly solid, but also because companies have been issuing optimistic forecasts.

There are still many big companies yet to report earnings and it’s far too early to conclude that the results will beat Wall Street’s modest expectations. Reports from Caterpillar, Boeing and Microsoft are all going to be closely watched Wednesday.

Hasbro surged 14.2% after the toy company reported strong growth in its various franchises, which include Transformers toys, which benefited from the hit movie “Bumblebee” and “Magic: The Gathering Arena.” The turnaround comes as Hasbro and other toy makers recover from the bankruptcy of Toys R Us.

Coca-Cola surprised Wall Street with its beverage sales during the first quarter after it previously warned of slower growth this year. The stock rose 1.7%.

Twitter surged 15.6% after surprising Wall Street by adding more users than analysts had expected during the first quarter.

Lockheed Martin rose 5.7% after raising its forecast for the year on a solid outlook for jet and arms production.