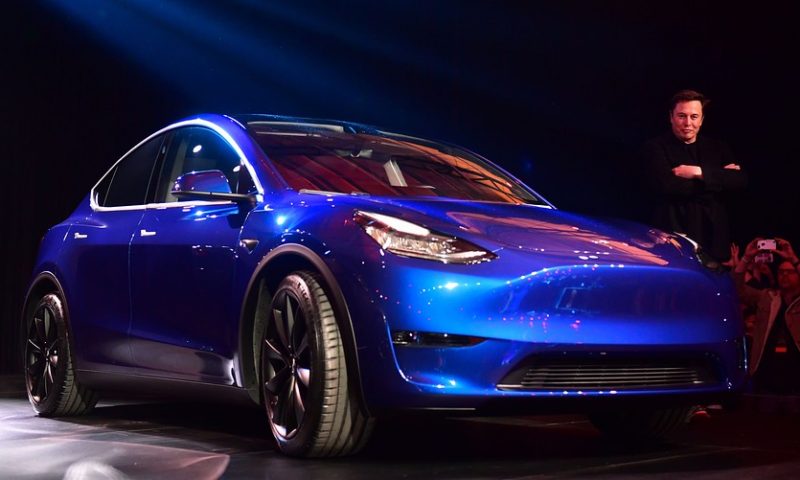 U.S. stocks closed mostly stronger Monday, with the tech-heavy Nasdaq finishing at a six-month high, as investors face a big week for corporate quarterly results and economic data following an extended holiday weekend. Investors were also monitoring a jump in crude-oil prices as the U.S. said it would end waivers for countries that import Iranian crude.

U.S. markets were closed Friday in observance of Good Friday, and most European stock markets remained closed for Easter Monday.

Some 150 S&P 500 companies are due to report quarterly earnings this week, with Kleenex parent Kimberly-Clark Corp. KMB, -2.51% getting things started Monday morning by reporting first-quarter adjusted earnings and sales that fell less than expected. The stock jumped 5.4%, among the biggest S&P 500 winners.

Shares of Boeing Co. BA, -0.12% shed 1.3% to weigh on the Dow after the New York Times reported over the weekend on concerns of lax safety tied to the production of the aircraft maker’s 787 Dreamliner. The report comes in the wake of the grounding of Boeing’s 737 Max jets after two deadly crashes.

Oil prices rallied, with West Texas Intermediate crude futures CLK9, +2.59% up more than 2% after reports that the U.S. will stop issuing waivers for countries that import Iranian oil, with an official announcement possibly as soon as Monday.

The Chicago Fed national activity index rose to negative 0.15 March from negative 0.31 in February. A zero value indicates the national economy is expanding at a trend rate of growth while negative values indicate below-trend growth and positive readings indicate above-trend.

Existing homes were sold at a seasonally adjusted annual rate of 5.21 million in March, 4.9% lower than February’s pace, and missed the Econoday consensus of a 5.3 million rate.

Sentiment is cautious as investors await earnings reports from some of the largest and most consequential U.S. companies later this week, said Willie Delwiche, an investment strategist at R.W. Baird.

“There’s not really a need to go out there and trade the market aggressively in face of the company-specific data coming soon and the GDP data coming later this week,” he said. “People are sitting on their hands and watching a bit.”

“With the S&P 500 forward PE (price-to-earnings) ratio sitting near highs of 16.8 and the index 1.2% below its historic record, investors need convincing results to keep buying equities at their current levels,” said Hussein Sayed, chief market strategist at FXTM, in a note to clients.

“The Federal Reserve has limits on what it can do to tighten monetary policy, and loosening policy may not happen unless we see serious signs of declining inflation, which is not the case at the moment. That’s why a disappointment in results this week may lead to a sharp correction in equity prices,” said Sayed.

Shares of Tesla Inc. TSLA, -0.11% fell 3.9%. The electric-car maker is reportedly investigating a video from Shanghai that appeared to show a parked Tesla auto catching fire.

Tesla hosted an Autonomy Day on Monday during which the company unveiled its latest efforts on self-driving technology. It comes just two days before first-quarter results, which are expected to show a loss owing to sagging sales of its vehicles.

Halliburton Co. HAL, -0.55% shares reversed direction to fall 0.1% after the company reported earnings and revenue declines that were better than Wall Street had been expecting.

Shares of KeyW Holding Corp. KEYW, +0.27% rallied 42% after the engineering and technology company announced it will be acquired by Jacobs Engineering Group Inc. JEC, +1.21% in a deal valued at $815 million, including $272 million in debt.

Bed Bath & Beyond Inc. BBBY, -0.24% shares dropped 4% after the retailer announced that it would shake up the composition of its board in response to shareholder pressure.