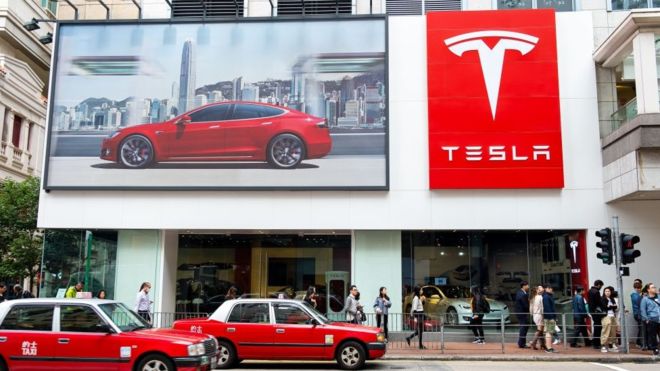 Elon Musk, the chief executive of electric car company Tesla, has said he expects the firm to have self-driving “robotaxis” on the road by 2020.

The entrepreneur made the pledge as he announced an improved microchip for its driverless vehicles.

Mr Musk told investors he expected regulators to approve ride-hailing in some areas for autonomous vehicles.

He added: “I feel very confident in predicting autonomous robotaxis next year.”

Mr Musk said he expected the scheme to operate on a model similar to that of Uber or Airbnb.

The company unveiled computer hardware for what it said was “full self-driving” capabilities in the form of the new microchip.

There are still technical and legal challenges ahead for driverless cars, which currently are not deemed as sophisticated or roadworthy as cars with drivers, nor safe enough for public roads.

Mr Musk said its custom-designed chip was the best available and a significant milestone in self-driving.

Tesla’s vehicles are not yet at the standard of autonomy needed to earn the tag “self-driven”.

Level 4 autonomy means a vehicle can drive itself with a human on standby, with level 5 the standard needed before it can be called truly autonomous of human agency.

No Tesla car is at either level so far.

Mr Musk had promised previously that self-driving cars would be on the road in 2018.