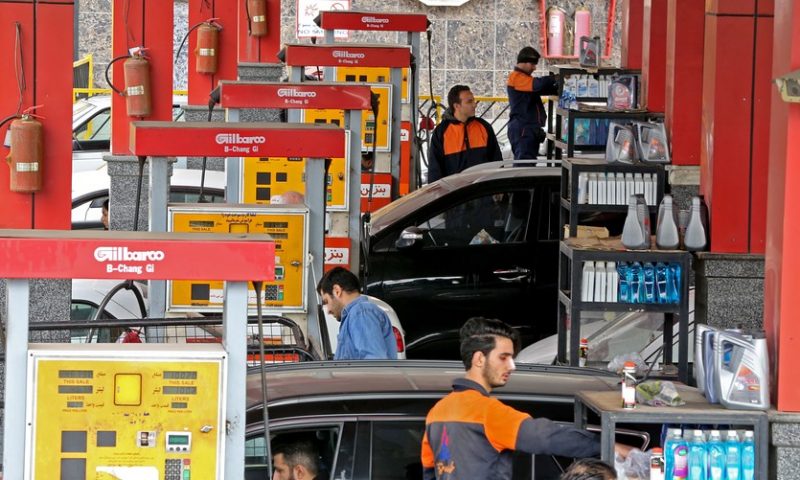 Oil prices extended gains Tuesday morning, marking another fresh high for the year, as markets continue to react to tougher action against Iran’s oil market from the U.S.

Oil surged on Monday to mark its highest finish since late October, as the U.S. declared it would end waivers for countries importing Iranian oil, as part of a bid by the Trump administration to push Iran’s exports to zero.

The roughly 3% gains for oil to start the week came despite a tweet Monday from U.S. President Donald Trump that looked to reassure the markets that Saudi Arabia and other OPEC members will “more than make up the Oil Flow difference in our Full Sanctions on Iranian Oil.”

Prices had ended the holiday-shortened trading week with a gain of 0.2% through last Thursday. That marked a seventh-straight weekly gain — the longest winning streak since a seven-week rise ended Feb. 28, 2014, according to Dow Jones Market Data.

Goldman Sachs, in a note, declared the 3% rise in prices “modest” considering the amount of output in question and reflective of “a much-greater confidence in available spare capacity.” The investment bank, for now, is sticking with its prediction that Brent will fall back toward $65 later this year.

Meanwhile, sanctions on Venezuela have also been contributing to supply jitters recently. Chatter has included speculation that tighter sanctions against Iran and Venezuela could trigger an end to the production-cut agreement among members and some nonmembers of Organization of the Petroleum Exporting Countries. That deal expires in June. Analysts say that deal has been helping to keep prices stable against the backdrop of rising U.S. production.

Saudi officials said the kingdom had committed to increase output to offset Iran’s losses if needed. But it has not committed to a time frame or amount.

“We will carefully monitor comments and headlines pointing to whether and to which extent Saudi and other oil producers are willing to ramp output back up in order to compensate for the lost Iranian oil,” said Charalambos Pissouros, senior market analyst with JFD Group.

In December, OPEC and its allies agreed to cut production by roughly 1.2 million barrels pre day this year, while the removal of the waivers is likely to drive Iran’s exports to below 1 million a day from 1.9 million a day in March. “Thus, producers must be willing to return almost all the amount they decided to cut in December if they want to eliminate the effects of Washington’s decision,” said Pissourous.

US Expands Probe Into Air Bag Failures to 12.3M Vehicles