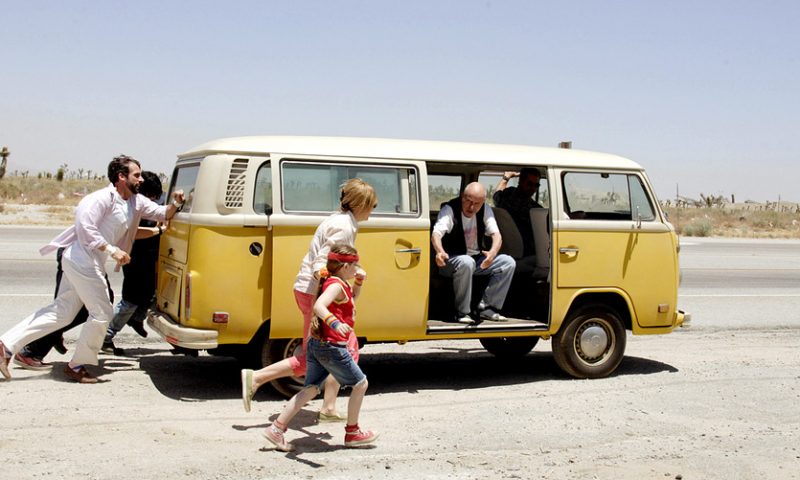 If this equity market rally is going to keep grinding higher, then it needs a boost from one crucial category of stocks. Right?

We’ll see if there is any truth to that this week when tech stocks start rolling out — Twitter results (see below) just kicked that off — with Amazon and Facebook coming later this week. That’s as the Nasdaq hit its best level in six months on Monday, and sits just 1.16% from last August’s all-time closing high of 8,109.69.

It’s a big, important sector (see our chart of the day), but at the same time, investors may be getting way too wrapped up in first-quarter results, given it’s well telegraphed that analysts expect the first overall S&P 500 earnings drop in three years.

There are elements of that argument in our call of the day, which comes from David Bianco, chief investment officer and strategist at DWS Investment Management (a unit of Deutsche Bank). He urges investors to move past what will likely be an uninspiring quarter or two of earnings, and start thinking about how to preserve their investment gains in a market that has already risen strongly this year.

In a note to clients, Bianco said he sees the S&P as “fairly, but fully valued for now,” meaning investors aren’t paying too much for stocks, but shouldn’t expect the market to push that much higher.

“If a new record is set soon, we think it only slightly exceeds 2018’s September 2,930 high,” he said, noting that he expects earnings growth to resume at a very slow pace in the second quarter after a flat first quarter.

And while Bianco doesn’t think a 5% drop for the S&P 500 is likely this summer, he said they are trimming back some of their equity risk until the index moves back into a tight range they expect will dominate this summer — 2,750 to 2,950.

As for their summer plan, Bianco says they are sticking with U.S. banks, on the view that those stocks can move higher as the chances of a Federal Reserve rate-cut fade away. He also likes communications companies for their ability to capture big advertising revenue. Bianco said they are trimming back on technology and health care companies and adding more industrial, consumer staples, real estate and utility companies.

He says what’s standing out the most “is that we prefer domestic exposure and service providers over foreign exposure and commodity producers and manufacturers,” given they see a firm dollar tame inflation and decent capital-expenditure growth for companies.

Past the summer, he’s looking at two big autumn events to provide some momentum — a U.S. fiscal 2020 budget deal and the possibility of U.K. legislation that may deliver an orderly Brexit.

“When these deals pass and if the U.S. economy appears to be trending toward 2% gross-domestic-product (GDP) growth in 2019’s second half and S&P EPS growth returns to a solid 5%+ trend, which we think likely but are not yet certain about, we would expect the S&P to rally to about 3000 by year-end or January,” he said. That’s still just 3% from here.

Back from a break, Europe stocks SXXP, +0.19% have had a mixed session. Asian equities had a mostly weaker session.

Our chart of the day, from Bespoke Investment Group (h/t The Daily Shot) offers up another way of looking at how far the stock market has come since last year’s selloff. The S&P 500’s total market capitalization has rebounded a fair bit since those dark days of Christmas, currently sitting at around $25.1 trillion. But that’s still $600 billion off from its late-2018 high of $25.7 trillion.

To get back to that level, the S&P will need some heavy lifting from its five FAANG stocks, that is the acronym given to the stock market’s big tech names — Facebook, Apple, Amazon, Netflix and Alphabet (which owns Google). That group’s market cap has also recovered some last ground from last year’s rout, but remains some $330 billion away from a 2018 high of $3.6 trillion.

Among tech and internet companies, Twitter TWTR, +15.07%  shares are soaring after beating expectations for an big increase in users. EBay EBAY, +1.08%Snapchat parent Snap SNAP, +4.08%  and Texas Instruments TXN, +0.58%  due after the close. United Technologies UTX, +3.13%  shares are up after upbeat results.

Elon Musk, the boss of electric-car maker Tesla TSLA, -0.20%  unveiled in-house driverless-car hardware and chatted about “robo-taxis” hitting the streets as early as next year in some spots at an investor event Monday. Don’t fall for Musk’s outlandish promises, says MarketWatch’s Therese Poletti. We’ll see how well Tesla is holding up when results are released Tuesday.

Abigail Disney, the grand daughter of the founder of the entertainment firm that bares her surname DIS, +1.48%  says chief executive Robert Iger makes an “insane” amount of money and should be doling out raises to its employees.

Utility group PG&E PCG, +0.84%  has settled up with an activist investor by restructuring its board.

If you’ve got a long-term view and patient, analysts at Piper Jaffray say ride-share group Lyft LYFT, -2.21%  is worth a look. They rate the group overweight, with a $78 price target, and those shares are up.

New home sales is the only data out for Tuesday.