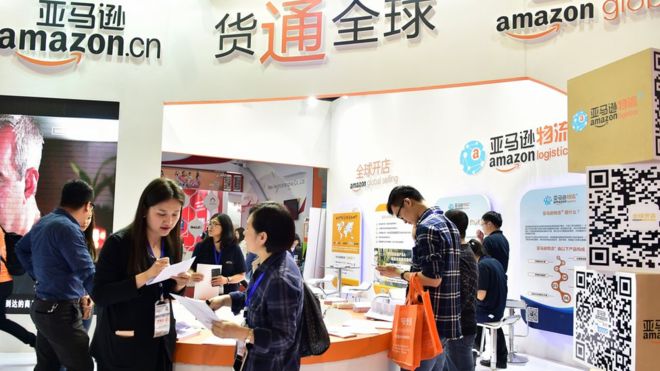 Amazon plans to shut its online store in China that allows shoppers to buy from local sellers as it downsizes operations in the country.

The firm said it would no longer run the domestic marketplace from July, but Chinese shoppers will still be able to order goods from Amazon’s global store.

It will also continue to operate its cloud business in China.

A spokesperson for the company said in a statement that it was “working closely with our sellers to ensure a smooth transition and to continue to deliver the best customer experience possible”.

But it has struggled to compete with dominant players JD.com and Alibaba’s Tmall marketplace in China.

The shift away from the world’s second largest economy comes as the company pours huge investment into India.

Amazon has committed to spending $5.5bn on e-commerce in India, where it competes with local rival Flipkart.

Last year, it launched a Hindi version of its mobile website and smartphone app in an attempt to attract millions of new customers in the country.

Brexit and the economy: the cost of kicking cans