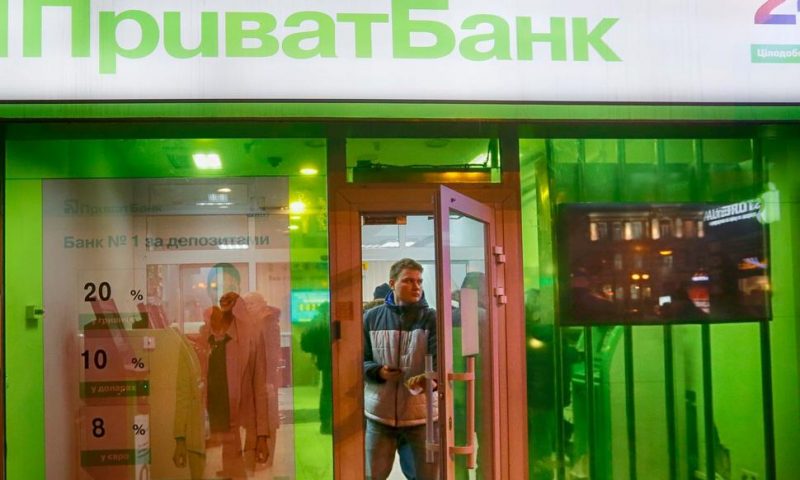 A Ukrainian court has ruled that the 2016 nationalization of a major bank owned by a powerful tycoon was illegal.

KIEV, UKRAINE — A Ukrainian court on Thursday ruled that the 2016 nationalization of a major bank owned by a tycoon was illegal, sending shockwaves through the country’s financial community.

Privatbank, Ukraine’s biggest lender, was nationalized in 2016 after authorities discovered a capital shortfall of more than $5 billion. The bank was owned by tycoon Ihor Kolomoyskyi, who was appointed governor of a Ukrainian region by President Petro Poroshenko but later fell out with him.

The court in Kiev on Thursday upheld Kolomoyskyi’s lawsuit against the National Bank and financial authorities and ruled that the nationalization was illegal. It wasn’t immediately clear, however, how and when the bank would be returned to Kolomoyskyi.

Kolomoyskyi’s figure has loomed large in Ukraine in recent few weeks as the country goes to the polls on Sunday to elect a new president. Kolomoyskyi, who now lives in Israel, is an archrival of incumbent President Poroshenko and is believed to have ties to Volomyr Zelenskiy, a comedian who has emerged as the favorite in the race.

Poroshenko recorded a video statement to the nation that was broadcast Thursday, calling on Ukrainians to support him at the polls on Sunday and accusing Kolomoyskyi of trying to ruin Ukraine’s economy.

“The plan of one of the fugitive oligarchs is to get Privatbank back in case of Zelenskiy’s win,” Poroshenko said. “As you can see, they can’t wait any longer.”

Poroshenko called a potential return of Privatbank to Kolomoyskyi a “gamble” that could plunge Ukraine into “default and a new economic crisis.”

The Finance Ministry said in a statement that it disagrees with the ruling and insisted that the decision to nationalize Privatbank was taken “in order to ensure financial stability and security of the citizens’ savings.”