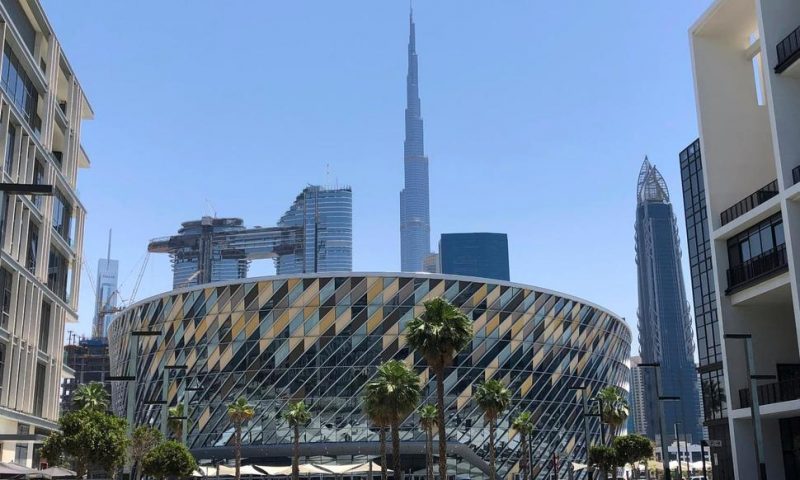 New Dubai arena is latest megaproject to be unveiled despite concerns of economic slowdown.

DUBAI, United Arab Emirates — This week, Dubai unveiled its latest megaproject: A stadium in the heart of a super luxe shopping and dining destination.

The arena, which will host sports events and concerts, is located in a leisure retail and residential destination called City Walk, which itself is new and was developed by Meraas, a company owned by Dubai ruler Sheikh Mohammed bin Rashid Al Maktoum.

It’s just one in a pipeline of projects the emirate is churning out in the lead-up to next year’s World Expo in Dubai, despite an economic slowdown and concerns that an oversupply is weighing down real estate prices.

“Property is a cyclical business and we are in a period of a soft market,” said Craig Plumb, head of research in the Middle East for JLL, a real estate and investment management firm. Speaking at a real estate exhibition in Abu Dhabi, he noted that retail rents are also falling because landlords are responding to tougher market conditions by being much more flexible in their deals.

Dubai’s major developers, like Meraas, Emaar and Nakheel, have plans for new cities, neighborhoods, malls, skyscrapers and fantastical concepts like floating homes with floor-to-ceiling glass rooms submerged in the waters off the emirate’s coast.

The projects represent Dubai’s ambitions to grow as a tourism destination and financial hub, but the sheer scale of the developments is outstripping current demand.

Already, real estate prices across the United Arab Emirates have fallen since oil prices began their slide in 2014. A boost in oil prices last year appeared to have little effect on Dubai’s bellwether real estate market.

Real estate prices in Downtown Dubai fell by as much as 16% last year, according to a report by property agent Savills. Challenges surrounding a supply and demand mismatch are expected to continue through the year, the report said.

Statistics released this week by Dubai’s government show that gross domestic product grew by 1.9% last year, a steady decline year-on-year since 2014 when growth clocked in at 4.6%.

Despite the economic slowdown, major Dubai developers show no signs of slowing down their sprawling projects ahead of next year’s Expo.

Nearly 10,000 residential units in Dubai were completed in the first quarter of 2019, according to JLL.

Dubai predicts that the six-month-long World Fair, which runs from October 2020 to April 2021, will attract 25 million visits, although it is unclear how many of those will be visitors from outside Dubai.

A study by Ernst & Young forecast that Expo 2020 will contribute around $6 billion to the UAE’s economy during the six-month-long duration of the fair. That figure is largely drawn from government data and EY stated in its report that it had not sought to establish the reliability of the sources it used nor had it verified the information provided to prepare the report. The report was commissioned by Dubai’s Expo organizers.

Despite the building bonanza heading into the Expo and expectations it will be a boon for the economy, subcontractors are complaining of delays in payments rippling through supply chains in industries like the real estate sector.

In a report issued last month, leading Dubai bank Emirates NBD also found that non-oil companies across the UAE had cut staff at their sharpest rate in nearly a decade amid the weaker economic growth — either through firing or a freeze on hiring.

Foreigners make up the majority of the UAE’s population, but they are increasingly finding it difficult to keep up with the rising costs of living in Dubai and other neighboring emirates like Abu Dhabi and Sharjah. To alleviate surging school fees, Dubai barred private schools from raising their costs this year.

When the cost of living becomes too high for families in Dubai, families reside in Sharjah and make the daily commute for work. Even that, however, has become too costly for some.

“Families are going away,” said Balaskandan Raghunathan, managing director of an engineering consultancy that operates across the UAE.

He said he knows of Indian families that have left Dubai because school costs were too high and there wasn’t enough job security.

“They need to find a formula for families. The family should be here. Population growth is not enough,” he said.

US Wins WTO Case Against China Over Grain Exports