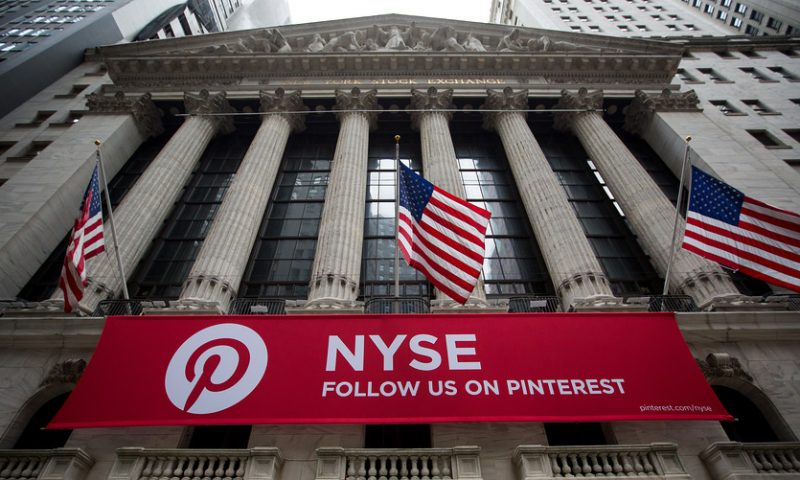 Pinterest raises more than $1.4 billion by pricing above expected range

Pinterest Inc. priced its initial public offering higher than expected Wednesday, raising more than $1.4 billion and valuing the company at more than $12 billion.

Pinterest PINS, +0.00% announced Wednesday evening that it would sell 75 million shares at $19 apiece, after previously stating a targeted range of $15 to $17. Underwriters — led by Goldman Sachs, JP Morgan and Allen & Co. — have access to an additional 11.25 million shares that could push the totals higher. The company expects to begin trading Thursday morning on the New York Stock Exchange under the ticker “PINS.”

Pinterest is expected be joined by at least two other trading debuts Thursday morning, including fellow Silicon Valley company Zoom Video Communications Inc. ZM, +0.00% , which reportedly priced its IPO above its stated range as well. The market for IPOs has picked up after successful offerings from Lyft Inc. LYFT, -0.34% , PagerDuty Inc. PD, +5.12% and Levi Strauss & Co. LEVI, -0.17% .

Brigham Minerals LLC MNRL, +0.00% priced its shares Wednesday at the top of its expected range at $18, but increased the number of shares it sold to 14.5 million from 13.5 million to raise more than $260 million. Hookipa Pharma HOOK, +0.00% priced its shares at $14 on Wednesday, at the bottom of its range, raising about $84 million. Greenlane Holdings Inc. GNLN, +0.00% is also expected to price its IPO this week.

Pinterest admits that it’s “still in the early stages” of its efforts to make money off its image-sharing platform, having only launched advertisements five years ago. The company sees opportunity with international advertisers, a mostly untapped area for Pinterest thus far. Revenue climbed to $755.9 million in 2018, up from $473 million a year prior.

The company’s user base is still growing, with international markets leading the way. The company had 265 million monthly active users (MAUs) as of the end of 2018, of which 184 million were based outside the U.S. Pinterest’s domestic MAU count rose by only 8% for the December quarter, while its international user base increased by a third.

The online scrapbooking company is not yet profitable, but it’s a lot closer than fellow unicorns like Lyft Inc. LYFT, -0.34% and Uber Technologies Inc., both of which are bleeding cash. Pinterest managed to turn a profit during the past two holiday quarters, but it’s yet to break out of the red on an annual basis. The company lost $63 million last year, compared with $130 million a year prior.

Pinterest was privately valued at $12.3 billion in a 2017 funding round.

D.A. Davidson analyst Tom Forte recently began coverage of Pinterest’s stock, assigning a neutral rating and a $16.50 price target. While Forte likes that Pinterest’s users have strong “purchase intent,” something well regarded by advertisers, he argued that the eventual IPO price would already bake in the upside potential he sees from Pinterest’s monetization efforts.

A crying baby just cost one trader a 6,000% return on his Qualcomm position