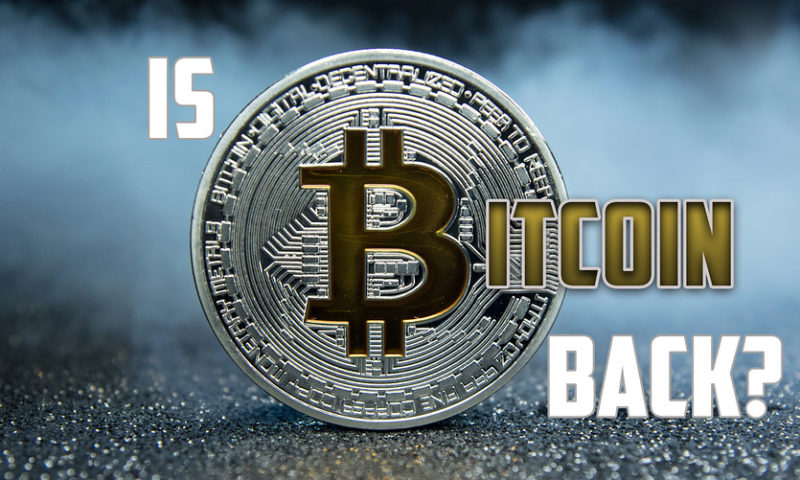 An overdue bounce or are digital currencies on the comeback trail?

In a revival of sorts, digital assets are suddenly back on the rise. That’s a turnabout from late 2018, when even the staunchest bitcoin aficionado wondered if the end would ever be in sight for a brutal bear market that wiped more than $500 billion off the total value of all cryptocurrencies.

But something has changed: While the story of the turnaround in sentiment began with a one-day surge in bitcoin on April 2, a palpable pickup in broad market risk appetite has crypto advocates believing the prolonged winter for digital assets is in the rearview mirror.

“Risk appetite is positive for bitcoin,” said Thomas Lee, head of Fundstrat Global Advisors. “If the S&P 500 made a 2.5 standard deviation move [as it has done year-to-date] and investors are looking for vol [volatility] that’s building a base case for bitcoin.” Given this, Lee said bitcoin could top $10,000 this year sometime.

The turnaround in cryptocurrencies has echoed a rebound for the stock market. Both bitcoin and major U.S. indexes ended their respective 2018 selloffs within days of each other, and all logged double-digit percentage gains to start the year. Moreover, both are working on multimonth winning streaks.

Bitcoin briefly became a breakout sensation in 2017, when the price of a single coin rose more than 1,000% to trade just shy of $20,000. However, that was followed by a steep fall that saw the digital currency drop as much as 82% from its high.

For early adopters, it’s still the grass-roots case for the opaque asset that is fueling excitement.

Bitcoin emerged in the aftermath of the financial crisis. While there is no evidence to suggest it was a direct response to the turmoil, many early cryptographers touted digital currencies as an alternative to fiat money free from government oversight. And now, 10 years into an equity bull market credited in part to cheap money provided by accommodative central bank policies, critics of fiat money management remain vocal proponents of cryptocurrencies.

“Monetary policy has become a joke,” said Naeem Aslam, chief markets analyst at Think Markets U.K. “All it did was fuel buybacks and inflate asset prices and as questions grow about how independent the Federal Reserve is and as we see it run out of options, people will turn to digital assets.”

Proponents point to Venezuela, where many citizens have turned to digital currencies as an economic collapse decimated the value of the country’s currency.

“The most stark example is Venezuela,” said Travis Scher, head of investments at Digital Currency Group. “This is the first real example of adoption and unfortunately, when you look at bad central bank policy reaction, history tells us this won’t be the last.”

But critics argue that it’s hard to make a broad case for cryptocurrencies based on turmoil in an emerging-market country. And digital currencies have plenty of high-profile critics who could claim vindication after the 2018 collapse.

Questions linger over the robustness of the underlying market. In March, the Cboe pulled the plug on its bitcoin futures trading, just over a year after they made their debut on the exchange. Moreover, the underlying exchanges still face security issues with a number of hacks undermining the integrity of the industry.

But, the key to long-term viability may still center on regulators and lawmakers.

“There are big challenges on the regulatory front,” said Scher. “The SEC [Securities and Exchange Commission] came out with some token guidance, which was a positive step but I don’t think investors yet know concretely what they can and can’t do.”

Scher added that behind the scenes there are positive steps on the legislative front under way.

Aslam contends the infrastructure that will facilitate wider adoption is already in place. “It’s a matter of education, realistically speaking, the average person on the street doesn’t know much about blockchain technology, but that’s no different from Internet-related stocks in the late ’90s.”

Blockchain is the technology that underpins all digital currencies.

Analysts have slashed earnings forecasts for the first quarter, looking for S&P 500 as a whole to show profits declined around 4.7% year over year, the first drop in nearly three years.

The highlight of the economic calendar comes on Thursday with data on March retail sales.

Spring is here again — and that probably means a reinvigorated U.S. economy