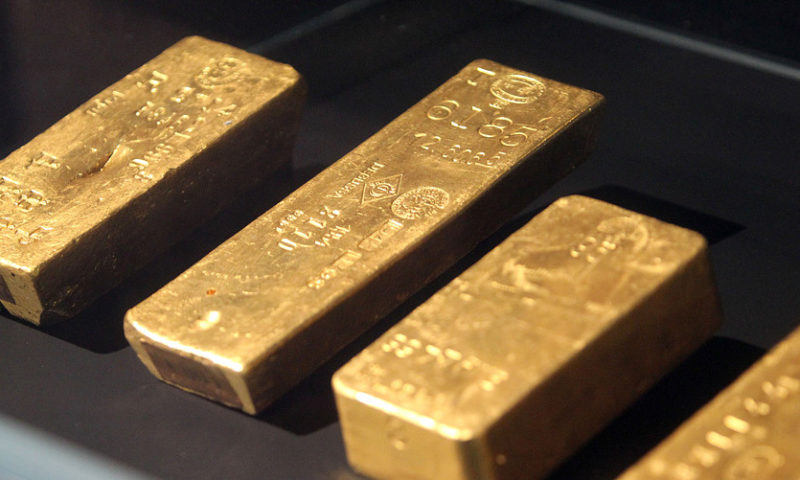 Gold futures firmed Monday, an attempt to reverse what was a weekly loss for the haven metal, as investors turned slightly cautious ahead of the launch of a new earnings season.

At least one analyst firm was pointing to Chinese demand for the metal in driving modest price gains to kick off a new week. Dollar weakness also proved to be a boon for bullion.

The U.S. dollar, as measured by the ICE U.S. Dollar Index DXY, -0.21% was down 0.3%. A stronger dollar can erode appetite for bullion, which is priced in the currency. U.S. stock markets showed some caution ahead of the start of the latest earnings reporting round even after the S&P 500 SPX, +0.46%  logged its longest win streak in 1 1/2 years through Friday.

“China’s gold splurge has shorts running for cover today as latest data from the People’s Bank of China has seen the country add some serious weight to its gold reserves over the past few months,” said Stephen Innes, head of trading and market strategy at SPI Asset Management. He cited Bloomberg data saying People’s Bank of China raised reserves to 60.62 million ounces in March from 60.26 million a month earlier.

“With China on the bid, it suggests buying on dips will be supported by a suspected China backstop as traders now think their appetite could extend through 2019 as global central banks continue to veer dovish which is adding more glitter to golds long term prospects,” he said.