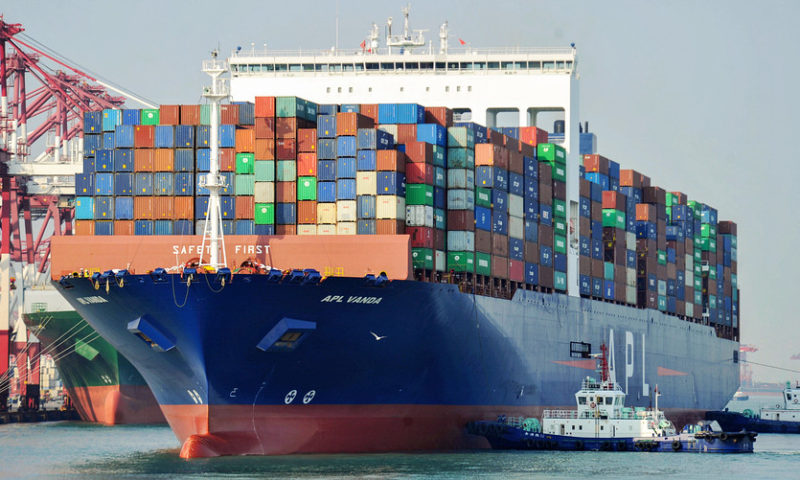 Stocks closed mostly higher Thursday, with the S&P 500 extending its win streak to a sixth session, as investors continued to monitor trade talks between the U.S. and China, which are reportedly in their final stretch.

U.S.-China trade negotiations remain in the spotlight. Expectations for Washington and Beijing to resolve their differences have been cited as a driver of stock-market gains since late last year. President Donald Trump may announce plans for a summit with China’s President Xi Jinping as early as Thursday when he meets the country’s vice premier, according to The Wall Street Journal.

In a tweet Thursday morning, Trump said the China talks were “moving along nicely” even while taking yet another swipe at the Federal Reserve for raising interest rates last year.

At the same time, there are reportedly major hurdles to overcome regarding U.S. desires to maintain some tariffs on Chinese goods as a means to ensure Chinese adherence to any deal.

Meanwhile, New York Fed President John Williams told the Community Bankers Conference in New York that current monetary policy is appropriate for how the economy is performing. He also added that changes in long-run economic fundamentals, like lower growth potential and projected inflation, “means that interest rates are likely to be lower for longer than what we saw in the 1990s.”

New applications for unemployment benefits fell to 202,000 in the week ended March 30, the lowest level since 1969, the government said. Economists surveyed by MarketWatch expected first-time claims for jobless benefits to rise to 216,000 from 211,000 the previous week.

The main event on the economic calendar will be Friday’s release of the March employment report. Economists surveyed by MarketWatch forecast the U.S. economy added 179,000 jobs last month after a paltry increase of 20,000 in nonfarm payrolls in February.

“We’re in a position of drift for the stock market,” David Russell, vice president at TradeStation Securities, told MarketWatch. “Earnings season starts in a few weeks and it is likely to be the worst in two or three years, making the situation somewhat dangerous in the near term,” he said.

Over the long term, however, Russell is bullish, pointing to strength in high-growth tech stocks like Facebook Inc. and Netflix Inc. NFLX, -0.51%  , along with semiconductor companies, as a reason to believe the market has the impetus to hit records later this year.

“The bears keep wanting to say recession, but we keep getting data like today’s jobless claims that really don’t support that,” he added.

Boeing BA, +2.89%  shares gained 2.9% after the company highlighted its new software patch for the 737 Max aircraft. Meanwhile, air accident investigators faulted a flight-control feature on a 737 Max aircraft flown by Ethiopian Airlines that crashed in March.

European stocks were mostly lower, although the DAX DAX, +0.28%  managed to shake off the gloom to rise after data showed Germany’s industrial downturn accelerated in February.