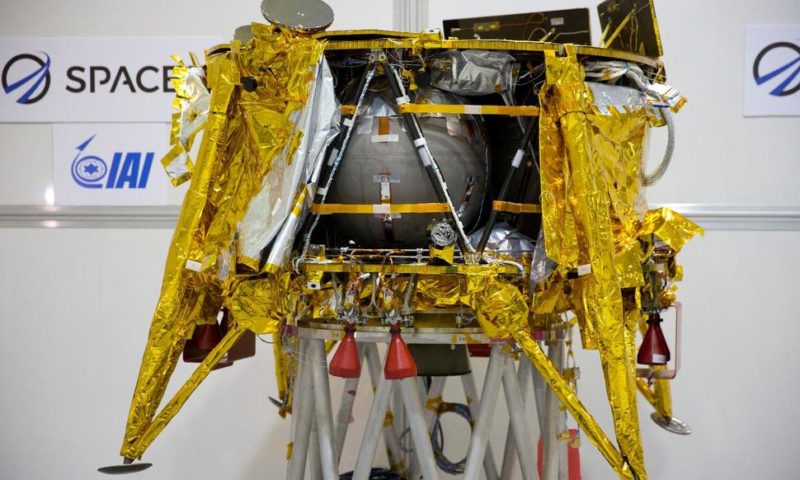 The first Israeli spacecraft to journey to the moon has passed its most crucial test yet: dropping into lunar orbit one week ahead of landing.

YEHUD, Israel — The first privately funded spacecraft to journey to the moon passed its most crucial test yet on Thursday when it dropped into lunar orbit one week ahead of landing.

After traveling over 5.5 million kilometers (3.4 million miles) around the Earth and drawing ever closer to the moon, the spacecraft finally swung into the moon’s elliptical orbit — keeping it on track for touchdown April 11.

“This was a milestone and it actually gives us a real shot at the moon,” said Yonatan Winetraub, co-founder of SpaceIL, the Israeli nonprofit that built the spacecraft.

The lander, dubbed “Beresheet,” Hebrew for “Genesis,” or “In the Beginning,” is among the smallest spacecrafts in history to have entered the moon’s orbit.

Spectators observed from behind glass, holding their breath as screens showed Beresheet’s engines kicking into gear.

After five minutes, Beresheet hit the perfect velocity, and the engineers burst into applause, congratulating each other with hugs and handshakes.

A failure to slow down would have brought the mission to an abrupt end.

“The price of a mistake here would have been infinite,” said Opher Doron, space division general manager at Israel Aerospace Industries, which worked with SpaceIL on the project. “We would have been spinning in space toward some sun orbit that no one wants to go into.”

Now drawn into lunar orbit, Beresheet will trace smaller and smaller loops around the moon before attempting to land.

“There is a significant chance we have a crash landing,” said Doron. “It’s very dangerous, and it’s difficult to predict we’ll succeed.”

But, he added, after completing Thursday’s challenge, the team was optimistic.

Unlike giant, powerful NASA rockets that hurtle directly toward moon, the humble four-legged landing craft, barely the size of a washing machine, has embarked on a risky and roundabout route.

The $100 million mission couldn’t afford its own rocket, so Beresheet hitched a ride on the SpaceX Falcon rocket, launched from Florida in February.

In total, the spacecraft will traverse 6.5 million kilometers (about 4 million miles), among the longest distances ever traveled to the moon.

SpaceIL got its start in the Google Lunar X Prize Competition, which promised $20 million for the first privately funded robotic spacecraft to make it to the moon.

The competition ended last year without a winner. But inspired by SpaceIL’s perseverance, the XPrize Foundation announced last week it would offer the team $1 million if Beresheet sticks its landing.

If all goes according to plan, Beresheet will land on a plain of solidified lava, known as the Sea of Serenity. It will spend a couple days on the moon’s surface, measuring the magnetic field at the landing site, and send back data and pictures.

A successful mission would make Israel the fourth country to pull off a moon landing, after Russia, the U.S. and China.

SpaceIL hopes its feat will inspire the next generation of Israelis to study science and engineering.

Winetraub described how during the recent Jewish holiday of Purim, he saw many children dressed up as Beresheet and as astronauts. “It’s amazing to see the amount of excitement we’ve already generated,” he said. “That is what’s going to propel our country forward.”

US Stock Indexes Finish Mostly Higher After a Wobbly Day

Trump Says US, China ‘Rounding the Turn’ in Trade Talks