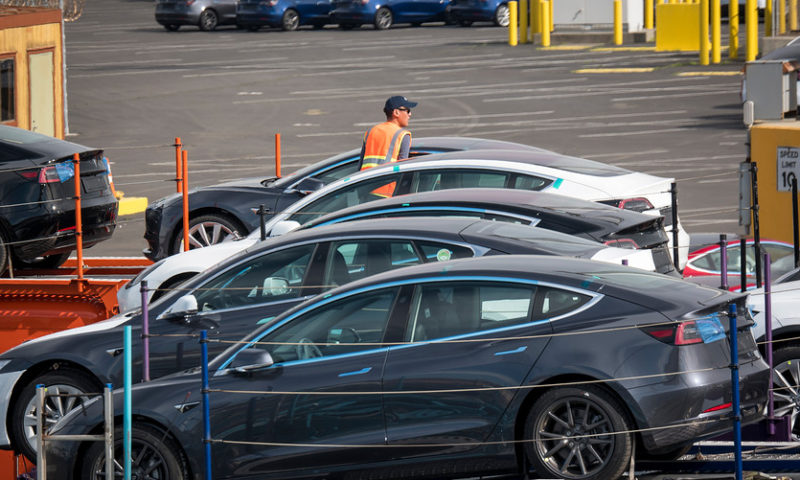 Tesla Inc. said late Wednesday it delivered about 63,000 vehicles in the first quarter, significantly fewer than analysts had expected.

The electric-car company cited a massive backlog of deliveries at the end of the quarter, which ended Sunday, thanks to a “massive increase” in deliveries to Europe and China. “We had only delivered half of the entire quarter’s numbers by March 21, ten days before end of quarter,” the company said in a statement.

Deliveries ended up being 31% less than the previous quarter, when Tesla also missed analysts’ expectations but still delivered 90,700 vehicles, including 61,394 Model 3s.

Tesla executives, including Chief Executive Elon Musk, reportedly had called for all employees to help deliver cars to customers before the end of the quarter. Tesla said Wednesday that at times, delivery levels were five times their prior peak. Despite the delivery crush, Musk still found time last weekend to release a novelty rap song and tweet extensively about emojis.

Tesla said it expects the deliveries shortfall to negatively affect its first-quarter income, but added: “Even so, we ended the quarter with sufficient cash on hand.”

Musk had previously warned that the company was unlikely to show a profit in the first quarter, but hoped to be back in the black in the second quarter.

Overall, Tesla said it produced about 77,100 vehicles in the first quarter, including about 62,950 Model 3s. About 10,600 vehicles were still in transit to customers when the quarter ended.

Production outpaced deliveries by 22% in the quarter, Tesla said.

The eagerly awaited deliveries report was released just after extended trading hours ended Wednesday. Tesla stock is coming off its worst month in a year, and ended the regular trading session up 2%. Its shares are down 12% year to date, compared to the S&P 500’s SPX, +0.21% 14.6% gain this year.