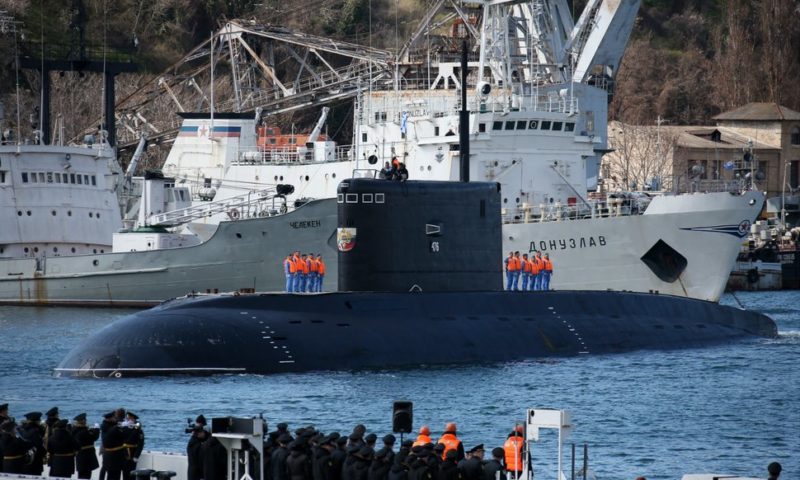 A series of deployments comes days before Ukraine’s contentious election, and a significant anniversary of former Soviet states joining the Western bloc.

Russia and NATO appear poised for another standoff in the Black Sea as a convoy of ships from the Western alliance prepares to patrol the strategically critical waters.

Three vessels from the militaries of Canada, the Netherlands and Spain reportedly passed through Turkey’s Bosphorus Straits on Thursday as a part of a pre-planned exercise with a task force known as Standing NATO Maritime Group Two. They are currently patrolling in the Black Sea, the site of a contentious standoff between the militaries and coast guards of Russia and Ukraine earlier this year, in which forces loyal to Moscow blocked access to some of Ukraine’s most consequential ports.

Two dozen Ukrainian seamen remain in Russian custody as the U.S. considers how it might escalate its support for Kiev. Secretary of State Mike Pompeo told Congress this week the alliance may announce new forms of aid at a meeting of NATO’s foreign ministers next week.

The Russian military announced Friday it would deploy two naval vessels to escort the NATO convoy, with the country’s state news service saying they would be “keeping an eye on NATO warships.”

NATO officials have downplayed the deployment, part of the military exercise Sea Shield 2019, telling Russian state news that it has nothing to do with consequential Ukrainian presidential elections to take place on Sunday.

Jens Stoltenberg – whose tenure as NATO secretary-general was extended Thursday to 2022 – traveled to Georgia earlier this week as a part of broader exercises between alliance forces and the former Soviet state. Analysts believe Georgia’s consideration of joining the former anti-Soviet alliance, and continued cooperation with it, enraged Russian President Vladimir Putin and first prompted Russia’s intervention there in 2008.

Friday marked the 15th anniversary of a major expansion of NATO when other former Soviet states joined the bloc, including Estonia, Latvia and Lithuania, as well as Bulgaria, Romania, Slovenia and Slovakia.

The alliance itself turns 70 on April 4.