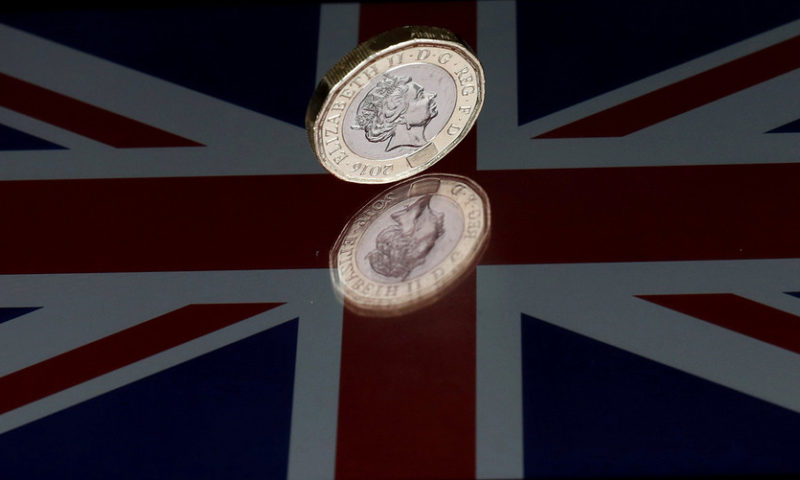 Another Brexit vote coming on day U.K. meant to leave the union

Despite U.K. business investment and housing prices seen to decline further, chatter about European Central Bank measures to support banks proved encouraging for London markets, lifting them on the last trading day of the quarter.

Central bankers in Europe picked up the theme of lowering deposit rates for certain types of funds banks hold at the ECB, following chief economist Peter Praet’s disclosure that the ECB would examine them as a policy tool if economic conditions worsen.

Reuters reported comments by Bank of France governor Francois Villeroy de Galhau, who endorsed the study of tiered rates in order to support banks, but cautioned that there was no need for ECB rates to go further negative. Reuters also reported that Dutch central bank chief Klaas Knog was more negative, asserting that tiered rates would only benefit banks with certain business models while punishing the rest.

Though headline U.K. GDP figures and nationwide house prices seemed encouraging, underlying figures stoked concern over the ongoing Brexit drama’s effect on the economy. Fourth-quarter 2018 annual GDP came in above slightly analysts’ expectations at 1.4%, and the previous quarter of 1.3%. For the quarter, growth was flat at 0.2% growth, as predicted. However, figures from the Office of National Statistics showed that business investment declined 0.9% in the fourth quarter, led by ICT equipment, other machinery and equipment and intellectual property products.

Housing was also a mixed picture. The U.K. nationwide house price index for March rose 0.7% year over year, beating predictions of 0.6% and coming in above the previous month’s 0.4%. But in England (excluding Scotland, Wales and Northern Ireland), prices fell 0.7%, the first annual price fall since 2012, with London leading the decline as prices sank 3.8%.

Prime Minister Theresa May made a bold but risky move on the day that the U.K. was meant to be leaving the European Union. She split her Brexit deal into two parts in the hopes of passing the withdrawal agreement in a vote in parliament Friday, and then the political declaration in another vote later. Though it appears to have been designed to prevent being blocked by Speaker of the House John Bercow, who warned that the deal could not be brought back unchanged for a third time.

Jasper Lawler, head of research at London Capital Group, said Northern Irish M.P.s from the Democratic Unionist Party “aren’t playing ball, meaning it is still questionable as to whether Theresa May’s deal makes it across the line. It seems May’s fate rests on Brexit-supporting Labour M.P.s.”

Asset manager Standard Life Aberdeen Plc SLA, +2.25%  rose somewhat as Jeffries analysts confirmed their rating of the company as a buy, saying SLA could continue to afford to pay its dividend of 21.6 pence per share even though its assets were shrinking. The company reported full year earnings March 13, and announced that Martin Gilbert, co-CEO with Keith Skeoch, was stepping down, leaving Skeoch as sole CEO. Shares improved Friday by 0.9%.

AstraZeneca Plc AZN, -5.93%  announced a partnership with Japan’s Daiichi Sankyo Co. of up to $6.9 billion on the development of a new cancer treatment. Shares slumped over 6% after AstraZeneca said it would seek to raise $3.5 billionvia a share placement to fund the Daiichi Sankyo deal, as well as to pay down debt.

“AstraZeneca is already under pressure to make up for reduced revenue from products which have lost patent protection in order to keep paying generous dividends. Splashing out on big acquisitions could put the dividend at risk unless they immediately produce strong cash flows,” said Russ Mould, investment director at AJ Bell, in comments to clients.

Tesla stock headed for worst month in a year