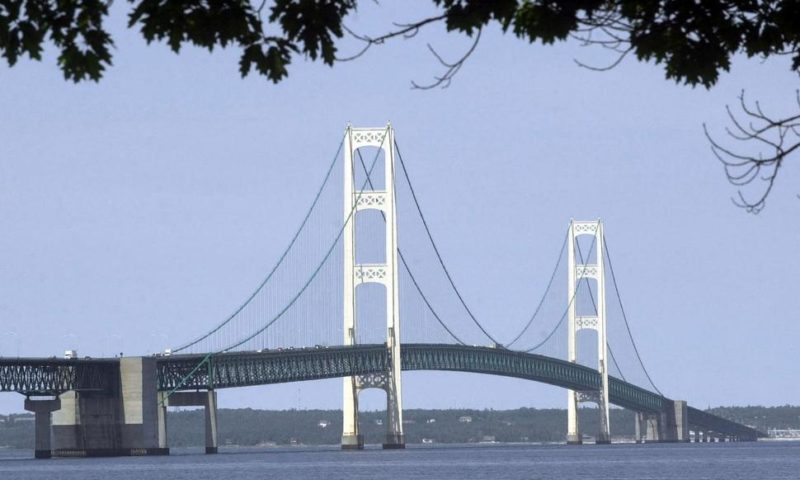 Michigan’s attorney general has deemed unconstitutional a 2018 law that established a panel to oversee construction and operation of an oil pipeline tunnel beneath the channel linking Lakes Huron and Michigan.

Nessel said the bill violated the state constitution because it went beyond what the bill’s title reflected.

The measure authorized a deal between then-GOP Gov. Rick Snyder and Canadian pipeline company Enbridge to drill the tunnel through bedrock under the Straits of Mackinac. It would house a replacement for a more than 4-mile-long (6.4-kilometer-long) segment of Enbridge’s Line 5, which carries crude oil and natural gas liquids between Superior, Wisconsin, and Sarnia, Ontario.

Nessel and Whitmer were elected in November after criticizing the pipeline tunnel plan during their campaigns. After both were inaugurated, Whitmer asked Nessel to assess the constitutionality of the bill.

Whitmer said in a statement that she agrees with Nessel’s opinion, which carries the force of law unless overruled by a court.

“The Great Lakes are our most precious resource in Michigan, and because of their significance, I’ve instructed state departments and agencies to halt any actions in furtherance of the law,” Whitmer said.

She also ordered them to inform her legal counsel of any steps they have taken that were authorized by the law.

“To suggest that lawmakers weren’t clear on the details of the plan they voted for last December is outrageous,” Cole said. “This plan was put forward after months of debate, public testimony and rigorous investigation. … I will not allow the well-being of hardworking Michiganders to be put in jeopardy while the attorney general splits legal hairs for political brownie points.”

Among other provisions, the law established a panel — the Mackinac Straits Corridor Authority — to oversee construction and eventual operation of the tunnel, which Enbridge estimates would cost $500 million and take up to 10 years to build. Enbridge would pay for it, but Michigan would own it and lease it to the company for 99 years.

Snyder, GOP lawmakers and Enbridge described the complex agreement as a win-win that would keep oil flowing along Line 5 but lead to the decommissioning of the straits-area segment — twin pipes that have traversed the bottomlands since 1953. The company says they’re in good condition, while environmentalists, native tribes and other crticics argue they’re vulnerable to a spill that could do catastrophic damage to the lakes.

The corridor authority met a week after the bill was enacted and unanimously approved the tunnel deal, which members said they were bound to do under the new law. But Nessel said in her opinion that if courts were to find the law unconstitutional, they likely would void any of the panel’s actions.

Nessel focused on a section of the constitution requiring that each law have a single “object,” or general purpose, which is described in its title, and that no bill could be amended in a way that would change the original purpose.

A judge with the Michigan Court of Claims ruled earlier this month that another section of the law also ran afoul of the constitution by giving members of the corridor authority six-year terms instead of the allowable four years. But the judge, Stephen Borrello, said that wasn’t enough to invalidate the entire statute.

Enbridge, based in Calgary, Alberta, said it was “surprised and disappointed” by Nessel’s findings and would “seek clarification from the administration on a path forward.”

“Enbridge has worked in good faith with the Michigan government on the tunnel project,” said Bob Rooney, the company’s chief legal officer. “We disagree with the attorney general’s opinion and continue to believe in the benefits of the tunnel.”

Environmentalists praised Nessel’s opinion and called for the quick shutdown of the Line 5 pipes.

“It is not surprising that this brazen attempt to satisfy interests, subvert the democratic process, and tie the hands of Gov. Whitmer does not meet the requirements of the Michigan Constitution,” said Oday Salim, attorney for the National Wildlife Federation’s Great Lakes office. “This opinion paves the way for Gov. Whitmer to move forward as a champion for the Great Lakes and Michiganders by removing the risks Line 5 poses to the Great Lakes, our economy, drinking water and our way of life.”

Action Demanded After 1,100 Dead Dolphins Wash up in France