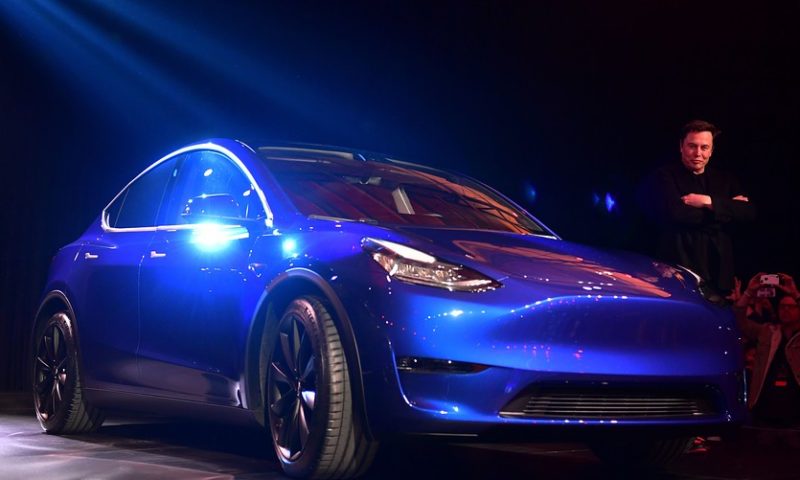 Tesla Inc. got another bearish signal on Monday, with a second analyst in recent days dialing down price targets and casting doubts on the company’s hopes for deliveries of the Model 3.

Analysts at RBC Capital, led by Joseph Spak, cut their price target on Tesla TSLA, +1.37% stock to $210, from $245, which represents a 19% downside from Monday’s prices. They also expect an adjusted loss in Tesla’s first quarter.

“We continue to see downside pressure to (Tesla) shares,” the analysts said. “We see both 2019 and 2020 revenue as down vs. the 4Q18 run-rate and, given (Tesla) is priced for growth, believe the valuation will come in.”

The RBC analysts revised their first-quarter Model 3 deliveries projections to 52,500 vehicles, from 57,000 and compared with a consensus around 55,000 sedans, according to FactSet.

The RBC analysts said in their note Monday they penciled in deliveries around 21,000 Model 3s in Europe, 6,000 to 7,000 in China, and the remainder in North America.

They noted a bump in Europe in March, but worryingly that likely came “at expense of (Model S and Model X).”

The analysts forecast the delivery of about 261,000 Model 3s in 2019, down from a previous forecast of 268,000. Tesla is expected to announce first-quarter deliveries next week.

Tesla is expected to report first-quarter results in early May. Analysts polled by FactSet expect the company to report an adjusted profit of 7 cents a share on sales of $6.1 billion. They forecast a GAAP loss of 67 cents a share for the quarter.

Tesla earlier this month revealed its Model Y, the compact SUV the company hopes to sell by next year.

The bid to offer a vehicle in a segment increasingly popular with U.S. shoppers was clouded by demand concerns, as Wall Street questioned whether people will want to buy the Tesla crossover in the crowded segment and with little incentives.

Life Just Got Safer and Smoother, Thanks to This AI-Enhanced Imaging Detection Device