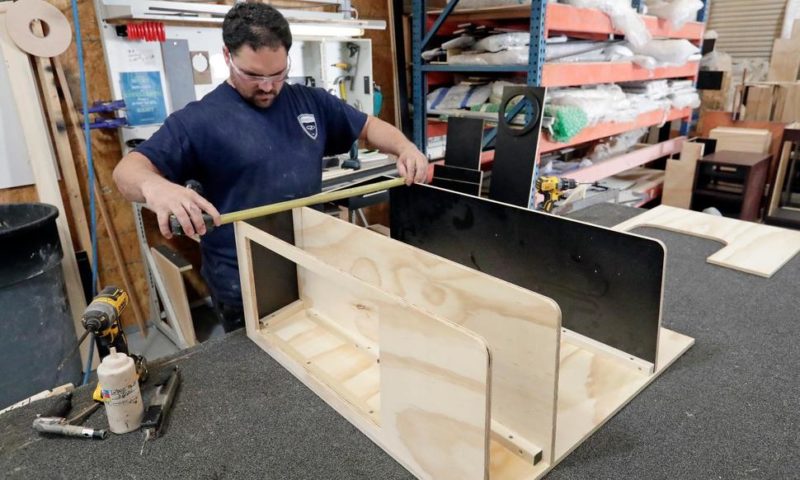 A dip in small business optimism the past few months is likely due in part to a slowdown in manufacturing.

NEW YORK — The growing evidence of a slowdown in manufacturing is likely contributing to the dip in small business optimism that began early in the year.

Reports this month from the government and an industry group point to a drop in manufacturing activity. While the manufacturing sector is a relatively small part of the gross domestic product — the government has estimated it at 11.4 percent in the third quarter of last year — most manufacturers are small businesses as are service companies that do business with them.

The factory orders report came several days after the Federal Reserve said production at the nation’s factories fell 0.4 percent in February following a 0.5 percent drop in January. Meanwhile, wholesale inventories, the good manufacturers have produced but not yet sold, rose 1.2 percent, a sign that production may weaken in the coming months; factories won’t manufacture products if it has unsold inventories in their warehouses.

The slowing activity was also reflected in the survey of manufacturers taken by the Institute for Supply Management in February and the index tied to the survey; the index fell 2.4 percentage points to 54.2 from January’s 56.6.

The National Association of Manufacturers has estimated that over 98 percent of U.S. manufacturing companies are small businesses with fewer than 500 workers, so the slowdown affects them.

Meanwhile, surveys released this year, by the U.S. Chamber of Commerce and MetLife; by researchers at Pepperdine University’s Graziadio Business School and Dun & Bradstreet Corp. and by Wells Fargo and Gallup, have all shown weakening confidence in the economy among small business owners since the start of 2019.

Owners tend to have more faith in their own companies than the economy. However, some owners say they expect their own revenue to decline in the year ahead — a common prediction when there are signs of an economic slowdown. Many private economists as well as the Congressional Budget Office are forecasting slower growth this year.

Scott Anderson, chief economist with Bank of the West, is among those predicting a weaker economy, and basing it on a slowdown in manufacturing.

“Historically, the manufacturing sector weakens ahead of the overall economy due to its cyclical nature. But eventually the weakness spreads from manufacturing to the services side of the economy, triggering a more general economic slowdown,” Anderson said in a note to clients released last week.