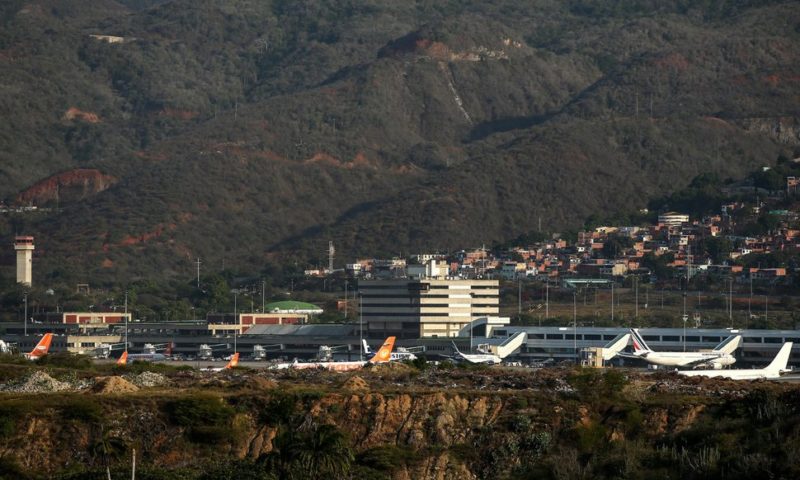 The deployment, which Moscow dismissed as “nothing mysterious,” raises the likelihood of a standoff between the U.S. and Russia in the strategically important country.

RUSSIAN ARMED FORCES reportedly deployed to Venezuela over the weekend as the regime of President Nicolas Maduro continues to face intense pressure from a U.S.-backed political opposition.

Two Russian military planes touched down outside the capital Caracas on Saturday carrying nearly a hundred troops and military staff, and 35 tons of cargo, according to media reports. Russian state news service Sputnik, citing an anonymous source, dismissed the deployment as “nothing mysterious” and said the officials were planning to discuss “defense industry cooperation” with their Venezuelan counterparts.

The escalation raises the likelihood of a standoff between Russia and the U.S. for influence in the strategically significant Latin American power as rumors continue to circulate the Trump administration may escalate its direct involvement there.

It’s unclear what was included in the cargo the Russian planes brought. The political crisis in Venezuela in recent months has been defined by intense shortages, and widespread power and communications blackouts.

Russia and Venezuela have maintained a close relationship since the administration of former Venezuelan President Hugo Chavez, and the two countries remain significant trading partners, particularly for the vast oil resources Moscow needs. They have engaged in a series of joint military exercises in recent months, and Russia in December deployed two long-range strategic bombers days after Maduro visited the Russian capital.

Despite billions of dollars in investments, the extent to which Moscow has any serious sway over the goings on in Caracas remains unclear.

Experts continue to question the extent to which Moscow can sustain conventional operations far from Russian shores, following assertions that it can still project military power across the globe. It has, however, succeeded in faraway economic influence, including through its state-owned Rosneft oil giant’s investing billions of dollars in Venezuela’s oil market.

Maduro continues to face staunch pressure from political opponents, led by Juan Guaido, who has claimed the presidency following a controversial January election. The Trump administration has imposed harsh sanctions against the Maduro government, and observers continue to speculate that it is considering military intervention in Venezuela.