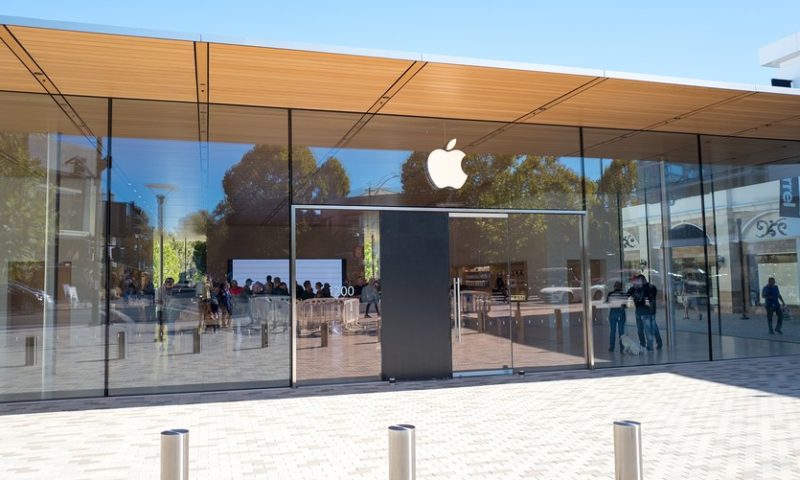 U.S. stocks closed higher Thursday on the back of a rally in the technology sector, while shares of Apple Inc. surged, helping to propel the Dow.

The market’s strong upside momentum comes a day after the Federal Reserve signaled that it was unlikely to raise interest rates this year amid worries over slowing economic growth.

How did the indexes fare?

The S&P 500’s information technology sector provided much of the buoyancy for the broader market, rising 2.5%. Apple AAPL, +3.68%  shares were up 3.7% after Needham upgraded the stock to strong buy. But the gains weren’t enough for the iPhone maker to wrest the crown for the largest company by market value from Microsoft Corp. MSFT, +2.30%  which ended the day valued at $922.35 billion versus Apple’s $919.90 billion, according to FactSet data.

Major benchmarks had ended Wednesday mostly lower with bank stocks battered as Treasury yields fell on the Fed’s dovish outlook. Lower rates and a flatter yield curve are seen as a negative for lenders. Some analysts also tied weakness to concerns about the outlook for U.S. economic growth after Fed Chairman Jerome Powell acknowledged worries about global growth.The S&P 500’s financial sector remained under pressure Thursday, as a prolonged pause in interest rates can undercut their lending models.

The market’s volatility Wednesday was due, in part, to comments by President Donald Trump, who said tariffs on Chinese goods could remain in place “for a substantial period of time” even after a trade deal is reached to promote enforcement of the agreement.

China’s commerce ministry confirmed Thursday that U.S. Trade Representative Robert Lighthizer and Treasury Secretary Steven Mnuchin will visit China on March 28-29 for more discussion on trade, while Chinese Vice Premier Liu He will travel to Washington early next month to continue the negotiations.

Meanwhile, the European Union proposed an extension of the Brexit deadline to May 22 on the condition that the U.K. Parliament support Prime Minister Theresa May’s withdrawal deal, which will be put to vote next week.

Which economic data were in focus?

The Labor Department said the number of laid-off workers who applied for first-time unemployment benefits fell by 9,000 in the week ended March 16 to 221,000—a one-month low. Economists surveyed by MarketWatch had forecast claims to total 225,000.

The Philadelphia Fed’s business activity index rebounded in March to a seasonally adjusted reading of 13.7 from -4.1 the previous month. A reading above zero indicates improving conditions. Economists polled by MarketWatch had forecast a reading of 3.

“Economists will now debate over the coming months whether this dovish commitment is a policy mistake,’ wrote Edward Moya, market analyst with Oanda. “The Fed’s concern for the economy likely suggests they will be overly cautious reversing course back to a tightening bias even if we see a strong second quarter of data.”

“U.S. data this morning was strong and will like fuel the fire that is questioning the Fed’s dovish commitment,” he added. “Jobless claims came in better than expected and the Philadelphia Fed business outlook rebounded sharply.”

“Powell and the Fed delivered a balanced message to U.S. investors, indicating that the lack of clarity warrants a patient stance,” said John Lynch, chief investment strategist at LPL Research, in a note. “We side with the Fed here in thinking that underlying economic conditions remain solid, with evidence of a slowdown at the beginning of this year from near-term temporary headwinds.”

Shares Biogen Inc. BIIB, -29.23% slumped 29% after the biotechnology firm said it decided to discontinue late-stage trials of a treatment for Alzheimer’s disease. The share decline for Biogen was its largest on record, based on FactSet data.

Shares of Micron Technology Inc. MU, +9.62% soared 9.6%. The memory-chip company reported below-consensus earnings for the fiscal second quarter on Wednesday. The stock has lost nearly 2% of its value over the past six months, but investors have bid up the stock more than 38% year-to-date, in anticipation of a recovery in the chip sector in the second half of 2019.

Shares of jeans-maker Levi Strauss & Co. LEVI, +31.82%  surged 32% after opening at $22.22 on the New York Stock Exchange, significantly above its initial-public-offering price of $17.

Lands’ End Inc. LE, -6.33% shares fell 6.3% after the clothing retailer reported a 59% decline in profits for its most recent quarter.