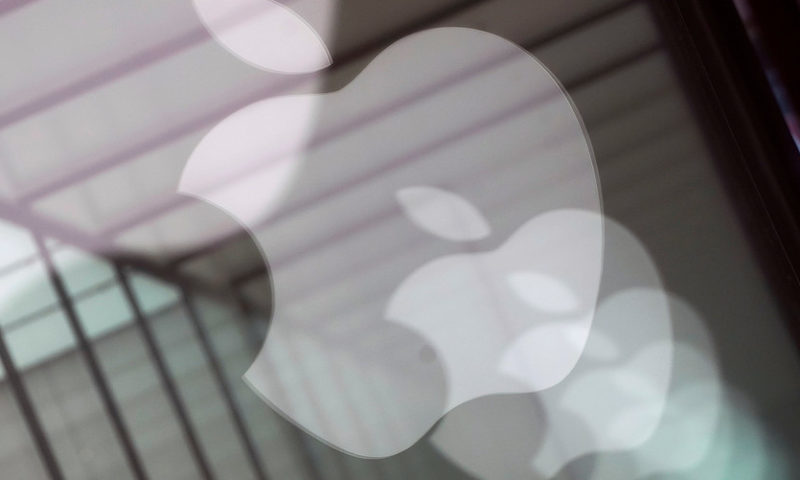 Shares of Apple Inc. jumped Thursday, enough to lift the technology giant back into first place on the list of most valuable U.S. companies, after Needham analyst Laura Martin’s upgraded the company ahead of next week’s “Apple Special Event.”

Needham’s Martin raised her rating on Apple to a rare strong buy, after being at buy for the past two years. She boosted her price target to $225, which is 15% above current prices, from $180. That new price target implies a market cap of about $1.061 trillion, which is below Apple’s record market cap of $1.106 billion reached in September 2018, according to FactSet.

Martin said in valuing Apple, she believes the best question to answer is whether Apple is a product company or an ecosystem company. Many on Wall Street might think Apple is a product company, given that 62% of its fiscal first-quarter revenue came from iPhones, but Martin said her proprietary survey indicates users believe it is an ecosystem company.

“Because the most important value driver for an ecosystem is churn,” Martin wrote in a note to clients. “The lower the churn, the higher the lifetime value per user.”

She said the new streaming-video content service Apple is expected to announce should lower churn and drive higher lifetime value for each of the company’s 900 million unique ecosystem users, and could attract new users as well.

For Needham, a strong buy rating is used when a stock is expected to outperform the average total return of the broader stock market, as well as the other stocks the analyst covers, over the next 12 months. Only 8% of the companies covered by Needham analysts are rated strong buy.

The good news is that ecosystem companies can only be unseated by other ecosystem companies, Martin said. The bad news is, the most successful ecosystem companies in the world are the FAANGs, which are Facebook Inc.FB, +0.39% Apple, Amazon.com Inc. AMZN, +1.22% Netflix Inc. NFLX, +0.71% and Google-parent Alphabet Inc. GOOGL, +0.79% and the FAANGs are increasingly getting into each others’ businesses.

Martin said the reason Apple warrants the strong buy rating is because her research suggests Apple’s ecosystem “is the most likely to prevail in a direct competition between FAANG ecosystems.”

Separately, Wedbush analyst Dan Ives also became a little more bullish on Apple ahead of its “special” event, as he reiterated his outperform rating while lifting his price target to $215 from $200.

While Apple’s long-awaited unveiling of a streaming video service is a “pivotal” step in driving its services business, he believes it is only a prelude to an even bigger news event.

“While the first step in this video content framework will be its announcement on March 25th and adding content partners—likely, Apple will get a 25%-35% cut of monthly subscriber fees—we believe this will only be the drumroll to a more transformative content acquisition during the course of 2019 for Apple,” Ives wrote in a research note.

Meanwhile, JPMorgan’s Samik Chatterjee said he doesn’t expect Monday’s event to be a catalyst for the stock, given that it has already been priced in. He reiterated his overweight rating and $228 stock price target, however, saying he expects the new service to make “a material impact” on future earnings.

Here’s how the Mueller report could roil the stock market