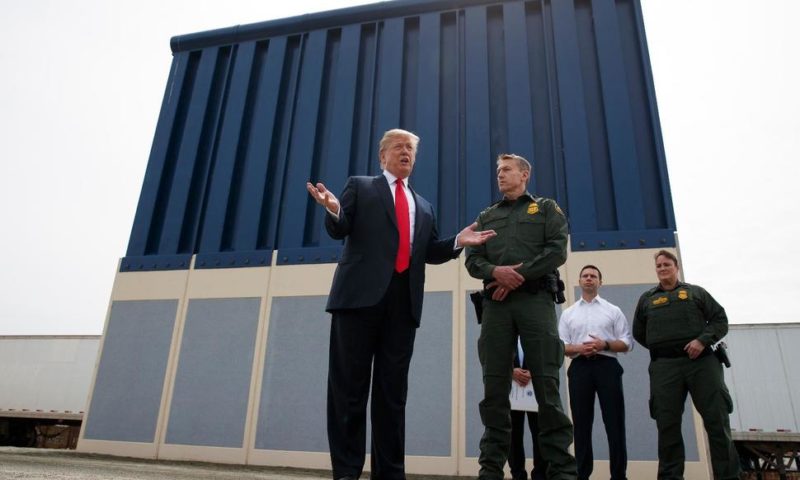 More than a hundred million dollars slated to pay for improvements to military infrastructure in Poland is among the funds the Pentagon may cut.

AMONG THE MILITARY construction funds the Pentagon is eyeing to pay for a border wall President Donald Trump has pledged to build is more than $100 million the Defense Department was planning to spend on infrastructure in Poland – funding that had come in spite of the president’s insistence that foreign allies pay more of their fair share.

The White House budget for this fiscal year includes $109 million for projects to improve Polish military facilities and infrastructure, as a part of the European Reassurance Initiative – a strategy developed under the Obama administration to deter Russia from harassing U.S. allies following its intervention in Ukraine. The projects, to take place in multiple stages throughout this year and next, were included in a list the Pentagon released Tuesday night of military construction funds that have been authorized but not yet spent.

The Defense Department’s budgetary scramble to pay for the wall along the southern U.S. border following Trump’s decision to declare a national emergency has now cast these projects in doubt, even as the move continues to wreak criticism from powerful corners of Washington.

“What President Trump is doing is a slap in the face to our military that makes our border and the country less secure. He is planning to take funds from real, effective operational priorities and needed projects and divert them to his vanity wall,” Sen. Jack Reed said in a statement Tuesday night. The Rhode Island Democrat is ranking member of the powerful Senate Armed Services Committee and among the most vocal critics of Trump’s planned use of military funds. “That may help shore up his political base, but it could come at the expense of our military bases and the men and women of our armed forces who rely on them.”

Trump’s decision to declare a national emergency and employ the military to carry out constructing the wall has faced sharp opposition in Congress. He vetoed a bill last week passed by the House and Senate with surprising Republican support that would have challenged his executive action. His decision still faces review in pending court cases.

The U.S. has based troops in Poland temporarily since 2014 as a part of the reassurance initiative, while forces from other NATO countries continue to deploy troops to the nearby Baltic countries. Polish President Andrzej Duda has petitioned Trump to make the deployment permanent, indicating his country would be willing to contribute $2 billion to building a permanent U.S. base and hoping to exploit political friction between Trump and Angela Merkel, the chancellor of Germany, where tens of thousands of U.S. troops have been based for decades.

During Duda’s visit last year, Trump jabbed at Poland even as he said he supports defending countries “that can’t defend themselves.”

“But when we’re defending immensely wealthy countries and they’re not paying for the defense to the United States, they’re only taking advantage of us,” Trump said. “And we get along with them very well, but it’s not fair. That includes NATO.”

American soldiers told Stars and Stripes last year that the new construction plans in Poland will create an air of permanence and break from prior practices of erecting temporary facilities and tearing them down.