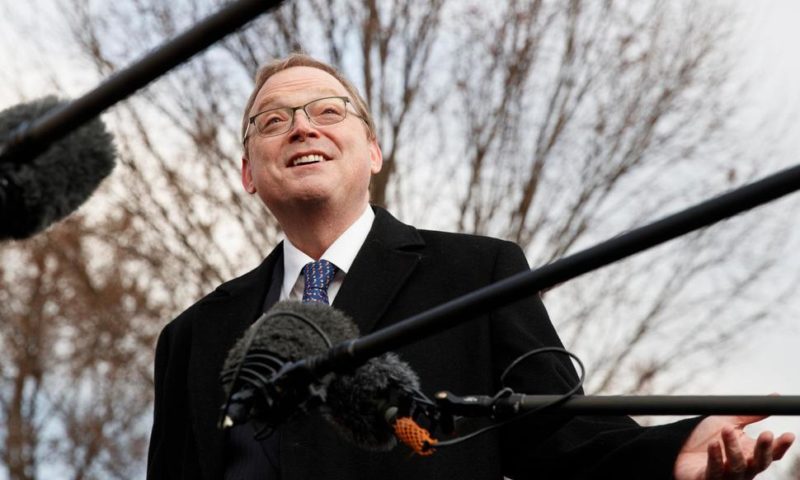 Contrary to the views of most economists, the Trump administration expects the U.S. economy to keep booming over the next decade on the strength of further tax cuts, reduced regulation and improvements to the nation’s infrastructure.

The annual report from President Donald Trump’s Council of Economic Advisers forecasts that the economy will expand a brisk 3.2 percent this year and a still-healthy 2.8 percent a decade from now. That is much faster than the Federal Reserve’s long-run forecast of 1.9 percent annual economic growth.

The administration’s forecast hinges on an expectation that it will manage to implement further tax cuts, incentives for infrastructure improvements, new labor policies and scaled-back regulations — programs that are unlikely to gain favor with the Democratic-led House that would need to approve most of them.

Kevin Hassett, chairman of the White House council, insisted that the president’s economic agenda would provide enough fuel to drive robust growth at a time when the majority of economists foresee a slowdown due in part to the aging U.S. population.

He said the biggest risk to growth would be if financial markets anticipate that Trump’s existing policies would be reversed. Without getting into specifics, Hassett said the risk would be if markets expect that the winner of the 2020 presidential election would shift away from policies such as the tax overhaul that Trump signed into law in 2017.

“Uncertainty over the policies themselves could slow their positive impact,” Hassett said.

The tax cuts added roughly $1.5 trillion to the federal debt over the next decade, not accounting for economic growth. The report suggests that the lower tax rates have increased business investment in ways that will make the economy more productive, while also creating a surge in people coming off the sidelines to search for work.

The administration’s optimism comes amid signs of slowing global economic growth, as well as a recent slowdown in manufacturing production and weakness in retail sales in January and December.

UK employment at highest since 1971