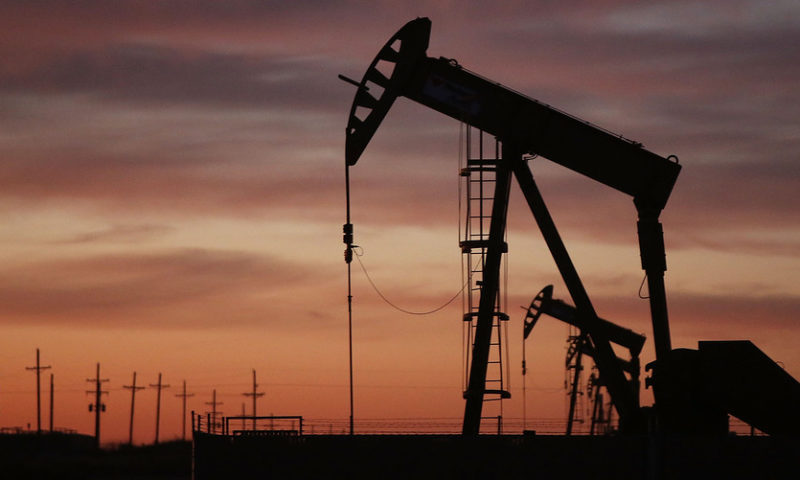 Oil futures pulled back Wednesday but held ground near multimonth highs hit this week amid expectations that major global producers outside the U.S. are expected to continue to keep a lid on output.

Preliminary data on the U.S. side did show an unexpected drop in U.S.-produced crude, though that news late Tuesday did little to rally prices.

Broader financial market attention is on a Federal Reserve meeting expected to conclude with no change to interest rates but could set the tone for policy in coming months, a factor for expectations for oil demand as the economic expansion continues to age.

Oil prices are “supported by ongoing supply cuts led by OPEC+ and U.S sanctions against Iran and Venezuela, although gains remain capped by market concerns over economic growth,” said Dean Popplewell, an analyst with Oanda.

April West Texas Intermediate crude CLJ9, -0.34% fell 52 cents, or 0.8%, at $58.51 on the New York Mercantile Exchange. It has lagged its international counterpart this week so far. The April WTI contract expires at the end of Wednesday’s session.

At a meeting earlier this week, the OPEC/non-OPEC Joint Ministerial Monitoring Committee, a production policy monitoring group that includes Saudi Arabia and Russia, said that “overall conformity” with the production cut agreement that began at the start of the year rose to almost 90% in February, up from 83% in January. OPEC members had agreed to trim 800,000 barrels a day from October’s production levels for six months through June of this year, with Russia and other allied producers cutting another 400,000 barrels a day to total 1.2 million barrels in cuts.

The American Petroleum Institute reported late Tuesday that U.S. crude supplies fell by 2.1 million barrels for the week ended March 15, according to sources. The API also reportedly showed that gasoline stockpiles were down 2.8 million barrels, while distillate inventories declined by 1.6 million barrels.

The EIA data are expected to show crude supplies climbed by 1 million barrels last week, according to a survey of analysts conducted by S&P Global Platts. It also shows expectations for inventory declines of 2.1 million barrels each for gasoline and distillates.