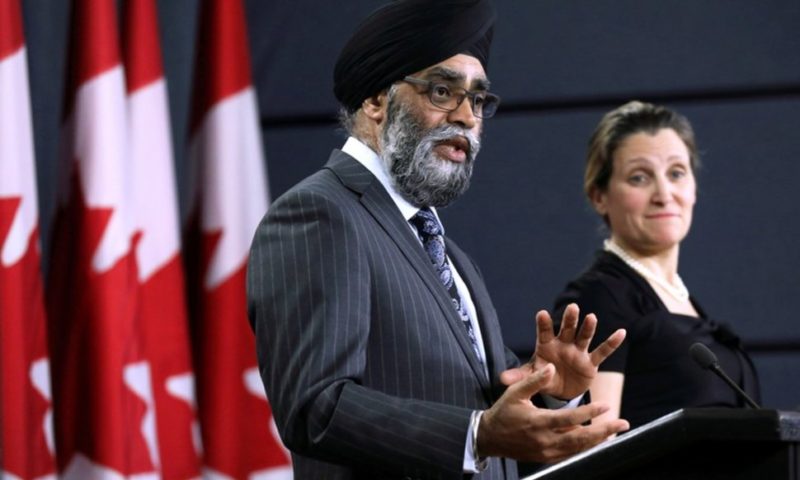 The Canadian troops, who first went to Ukraine in September 2015, had been due out at the end of March but will now stay until March 2022. News of the extension was first reported by Reuters on Sunday.

“Ongoing insecurity in the region underscores the importance and relevance of Canada’s military mission,” the government said in a statement.

Canadian Foreign Minister Chrystia Freeland is a vocal critic of Russia’s annexation of Crimea in 2014. The peninsula had previously been part of Ukraine.

The Canadians are in western Ukraine, far removed from clashes between Ukrainian soldiers and Russian-backed separatists in the east of the country.

They have trained more than 10,800 members of the Ukrainian security forces, the statement said. The troops are part of a larger mission that involves the United States, Britain, Lithuania, Poland and Sweden.

Ottawa also said it would extend a lower-profile training mission in Iraq, where Canada has around 250 personnel. They will now remain in place until March 2021.

“The Canadian Armed Forces will continue to provide training, advice, and assistance to the Iraqi security forces,” the statement said.

In late 2016 Canadian officials said the trainers – who at that point were operating with Kurdish forces in northern Iraq – had clashed several dozen times with Islamic State militants over the course of a month.

Since then several major offensives in Iraq and Syria pushed Islamic State back and it now occupies a tiny plot of territory in Syria.

Dead Philippines whale had 40kg of plastic in stomach