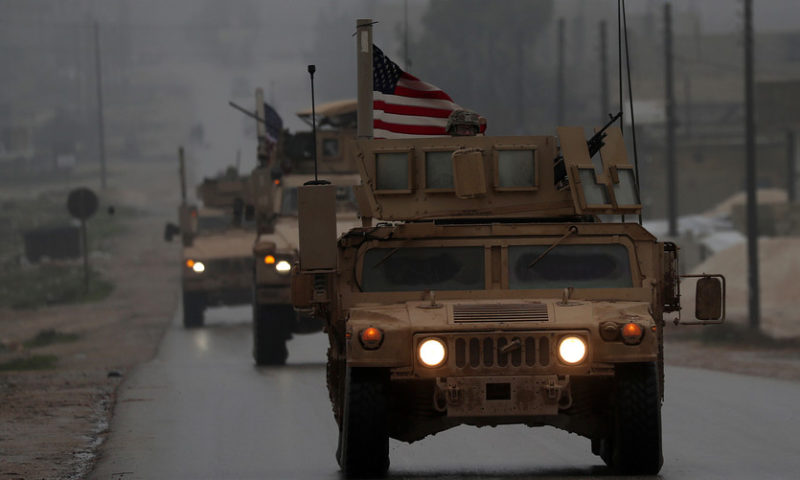 WASHINGTON — The U.S. military is crafting plans to keep nearly 1,000 forces in Syria, U.S. officials said, a shift that comes three months after President Donald Trump ordered a complete withdrawal and is far more than the White House originally intended.

Protracted administration talks with Turkey, European allies and U.S.-backed Kurdish fighters have so far failed to secure an agreement to create a safe zone in northeastern Syria, part of Trump’s plan for leaving Syria.

The U.S. now plans to keep working with Kurdish fighters in Syria, despite Turkish threats to cross the border and attack the Kurds, the U.S. officials said. The proposal could keep as many as 1,000 American forces, spread from the north of Syria to the south, they said.

Once the last bastion of Islamic State is seized, the U.S. expects to shift its focus toward withdrawing hundreds of American forces, in keeping with what Trump originally ordered. The evolving discussions represent a decisive shift away from Trump’s December directive to get all Americans out of Syria, a country he recently said was little more than “sand and death.”

Lyft seeks valuation of up to $23 billion in upcoming IPO