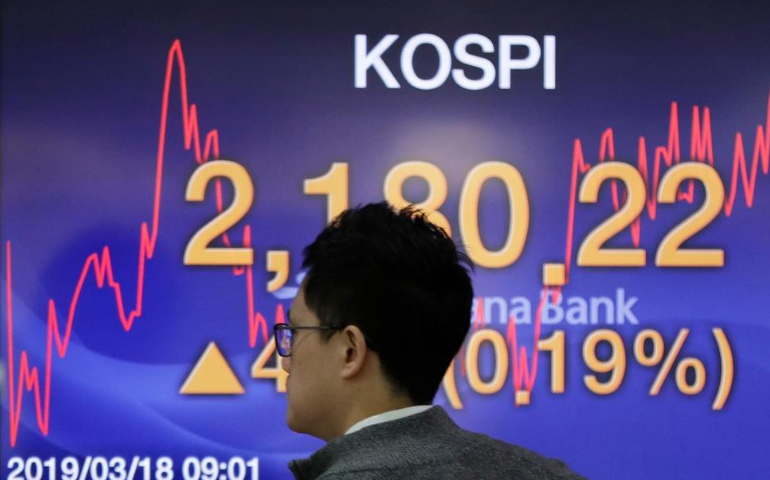 TOKYO — Shares rose in Asia on Monday as investors awaited signs the U.S. and China could be making progress in negotiations on resolving the trade war between the two biggest economies.

China’s congress on Friday endorsed an investment law that aims to address complaints, particularly from the U.S., that China’s system is rigged against foreign companies. The U.S. claims China forces companies to share technology in order to do business in the country.

The lack of any major upsets in the talks has calmed frazzled nerves, but that could change.

“U.S.-China trade war concerns were a major factor of a global growth downgrade,” said Alfonso Esparza, an analyst with Oanda. “While comments from both sides have been positive, there have been few details on where negotiations stand. The delay could once again spark anxiety in the market.”

U.S. stocks have had a strong showing this year, with all the major indexes gaining at least 10 percent.

Traders are also confident that the Federal Reserve will hold off on any action that could jeopardize economic growth. The central bank, which signaled in January that it was hitting pause on its rate hikes amid a slowdown in global growth and weak inflation, is holding a meeting of policymakers this week.