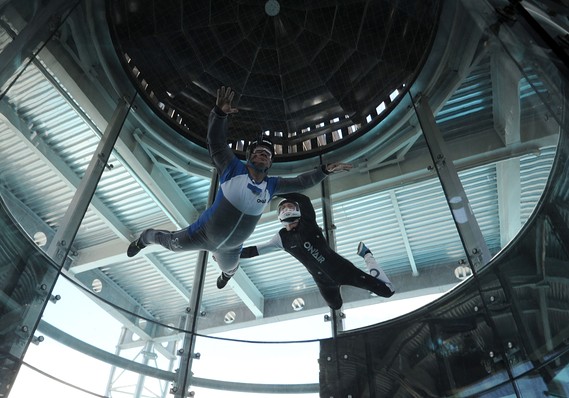 Lower interest rates and rising incomes a shield against recession

There’s no doubt the economy is laboring through a tough stretch. The big question is whether it gets worse before it gets better.

Bet on growth speeding up. The economy has repeatedly started a new year off slowly since the U.S. exited its last recession in mid-2009. And growth has usually picked up in the spring.

The same pattern seems ready to re-emerge, and early hints might come this week from the first batch of reports on how the economy is performing in March.

Gross domestic product, the official scorebook for the economy, is likely to grow a lackluster 1.5% in the first quarter, according to the latest MarketWatch roundup of economists. Economists then see GDP accelerating to a 2.5% annual pace in the spring.

The main difference between this year and last? There’s no big tax cuts or spending increases on tap by the powers that be in Washington. The economy got a big boost last spring through the generous hand of Congress and the White House.

Still, the economy isn’t exactly suffering from a lack of support.

The Federal Reserve, for example, announced in late January it was scrapping plans to raise interest rates again anytime soon. That caused interest rates on business loans, mortgage and other consumer goods to tumble. Look for home sales in particular to perk up again.

The stock market DJIA, +0.54% , SPX, +0.50% meanwhile, has recovered from a harrowing plunge in December. Consumer confidence rebounded after the market meltdown and partial government shutdown. And the unemployment rate slipped to 3.8% in February, reflecting the strongest labor market in decades.

A robust labor market, in turn, all but assures households will continue to drive the economy forward. Consumers have been spending a bit less than they’ve earned the past several months, but that’s unlikely to last. Spending over time tends to track gains in income very closely — and wages are rising more than 3% a year.

The icing on the cake could be a U.S. deal with China that resolves a tense trade dispute that has put business leaders on edge and disrupted the economies of both countries. Business investment in the U.S. started to slow right when the dispute heated up last summer and it hasn’t fully recovered.

Even with those tailwinds at its back, the economy probably won’t grow as fast as it did last year.

The Fed is widely expected to trim its 2.3% GDP forecast in 2019 by a tick or two at its two-day meeting to review the state of the economy.

The U.S. expanded 2.9% last year to match a post-recession high.