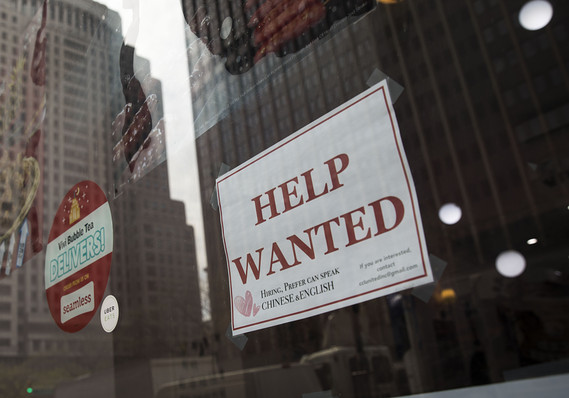 The numbers: Job openings reached 7.58 million in January, the Labor Department reported Friday in a sign that companies are still eager to add new employees even with a tight labor market.

What happened: Job openings rose to the third-highest level on record from a revised 7.48 million in December, with big increases in wholesale trade, real estate, and information industries.

The 7.58 million job openings compares to the 6.54 million people in January who were unemployed, taking the ratio of open positions to those who seek them down slightly to 1.16 from 1.19 in December.

The quits rate stayed at 2.3%, which is close to the 2.4% high this cycle. Worker willingness to quit is taken a positive sign by economists, as it usually means they see better opportunities for higher pay and advancement elsewhere.

The big picture: The labor market is still in good health, even with a few other indicators that perhaps it’s moving in the other direction. Jobless claims rose, and nonfarm payrolls growth slowed markedly in February.

What they’re saying: “The number of vacancies outnumber the ranks of the officially unemployed for the 11th straight month, something that had never previously happened in the JOLTS data. The question now is will workers be increasingly tempted to switch to new jobs or will their current employers raise wages to keep them,” said Nick Bunker, an economist at jobs hiring site Indeed.

Market reaction: The Dow Jones Industrial Average DJIA, +0.54%  turned higher Friday and has been a strong performer this year on hopes for an end to Fed interest-rate hikes and a resolution of U.S.-Chinese trade talks.

The yield on the 10-year note TMUBMUSD10Y, +0.00%  fell sharply to 2.59%. Industrial production rose a disappointing 0.1% in February, according to data released by the Fed on Friday.